On 11 December 2016, Senior Course 129 arrived in Turkey as part of its third Field Study and was hosted by the War College Command, National Defence University. 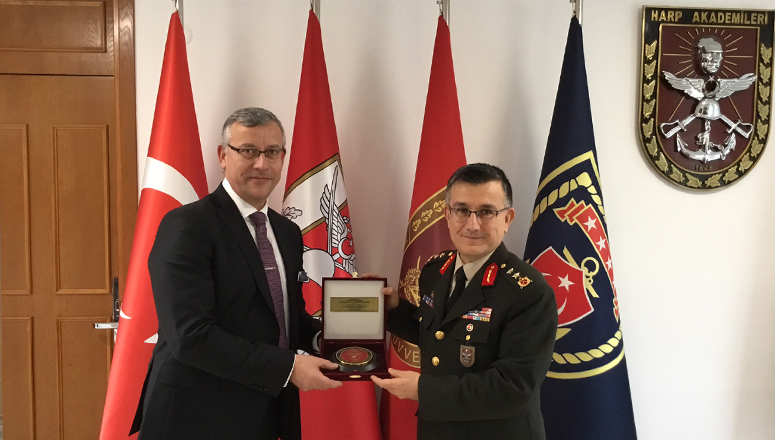 War College Commandant Major General Rafet Sevinç Şaşmaz welcomed the delegation. Referring to the terrorist attacks which took place in Istanbul on the previous day, he stated that terrorism poses a direct threat not only to the security of Turkish citizens but to international stability and prosperity. Major General Şaşmaz underlined Turkey’s unconditional condemnation of terrorism, which knows no borders, nationality or religion – hence the firm commitment to fight terrorism and to eliminate all terrorist organizations, without discrimination.

Mr Günhan Emre Ersoy, Head of the Policy Planning Department of the Turkish Ministry of Foreign Affairs, examined recent historic turning points in the international system from a Turkish perspective. He spoke about Turkey’s close ties of international friendship, as well as the High-Level Strategic Council meetings it has developed in recent years and the importance given to humanitarian diplomacy.

Brigadier General Mustafa Oğuz, Head of the Strategy Department of the Turkish General Staff (TGS), provided a regional security overview and offered the TGS's perspective on current developments in Turkey’s neighbourhood and beyond. He also discussed energy security and the fight against terrorism.

After an insightful and informative Question and Answer session with the participation of Major General Rafet Sevinç Şaşmaz, concluding remarks were delivered by Brigadier General Heinz-Josef Feldmann, Director of Academic Planning and Policy at the NDC.