On 3 February 2017, the NATO Defense College celebrated the graduation of Senior Course 129. This event was attended not only by ambassadors and dignitaries, but also by Course Membersâ families as well as the entire NDC Faculty and staff. 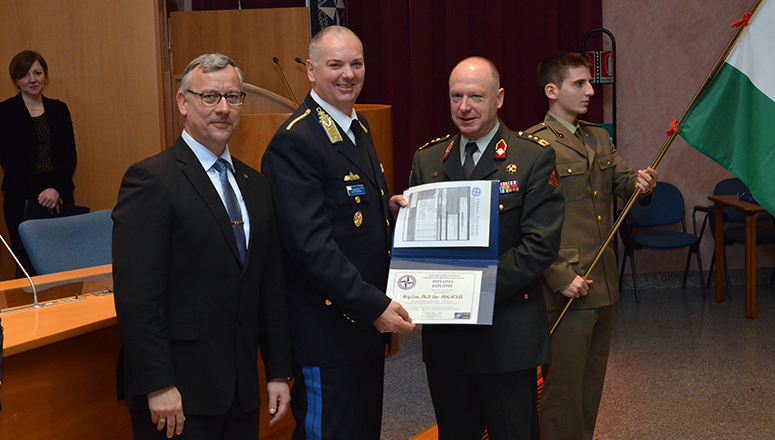 The graduation was presided over by NDC Dean and Acting Commandant BrigGen (ret.) František Mičánek. Director General NATO International Military Staff, Lieutenant General Jan Broeks, was the guest of honour. During his graduation speech, he underlined the NDCâs fundamental contribution to the education of future leaders: âContinued institutional adaptation efforts are necessary to strengthen a truly whole-of-NATO approach to keeping the Alliance fit for purpose, and educated people are needed to see it through.â