A memorable day at the NATO Defense College

Last Friday, the College welcomed US Under Secretary of State for Political Affairs Ambassador Tom Shannon, who spoke on the significance of NATO and the Transatlantic Link during a Lecture of Opportunity. The Ambassador also underlined the importance of NATOâs continued commitment to regional and global affairs and the key role of Italy as host Nation to the NDC. 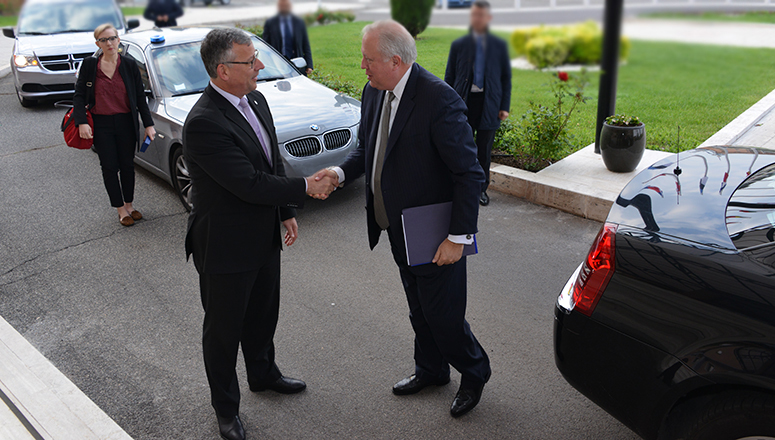 He addressed Senior Course 130 and MSC 130-3, together with NDC Faculty and Staff, after which an interesting question and answer session gave participants the opportunity to pursue a constructive and stimulating discussion on several topics covered during the presentation.

The day ended with another interesting Lecture of opportunity from Ambassador Sorin Ducaru. The Ambassador explained the role and functions of the Emerging and Security Challengers Division, created after the Lisbon Summit of 2004, and highlighted the top priorities on the agenda: nuclear policy, cyber and energy security and counter-terrorism.

The Ambassador also touched upon the issues of resources, resilience, migration, enlargement and partnership.