The Senior Course was welcomed in Norfolk by the Supreme Allied Commander Transformation himself, General Mercier, from France. He took the floor and explained the role of ACT, underlining the operational role of ACT and explaining how NATO operates and transforms at the same time. He focused on NATOâs main current challenges and commented on the decisions taken in Warsaw. He offered the participants a broad overview of the important topics to think about for the future of the Alliance, such as âResilienceâ, âTerrorismâ, âProjecting Stabilityâ and âCyberâ â all of which are part of the daily discussions in ACT. 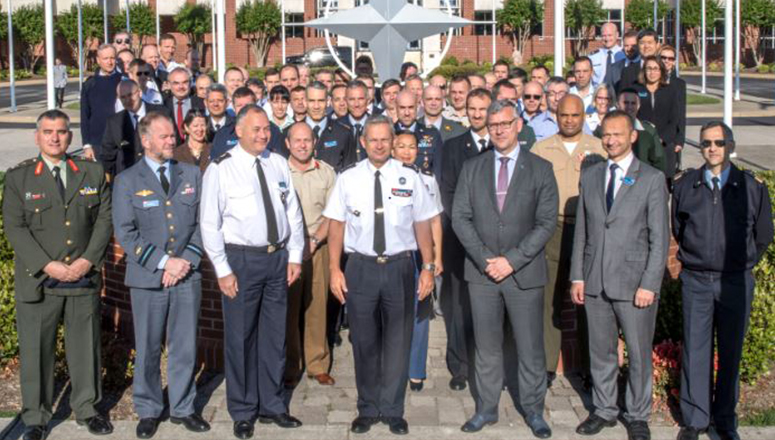 This introduction was followed by a panel, where General Officers of ACT* joined General Mercier to answer questions.

For the first time, the visit provided a forum for enhanced interaction and exchange between ACT and the NDC, with a focus on topics of interest both for Course Membersâ research (Individual Papers and Study Projects) and for ACT. In the morning, three working groups were formed to discuss the topics; in the afternoon, all the working groups merged to present their findings.

This visit was considered a great success by Course Members. The strategic role of ACT was discussed thoroughly and the exchanges were very fruitful.