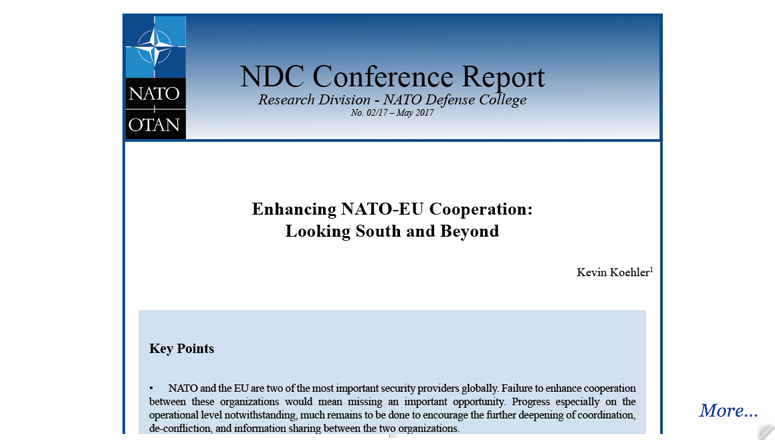 Cooperation between NATO and the EU is a long-standing concern. New impetus was given to this issue through the joint EU-NATO declaration at the Warsaw summit and the common conclusions issued in December 2016 and containing 42 concrete steps aimed at enhancing EU-NATO cooperation.

This conference report draws on discussions between high ranking officials from both NATO and the EU held at the NATO Defense College in Rome in cooperation with the Atlantic Council. It outlines achievements and challenges in NATO-EU cooperation, in particular in the area of hybrid threats and with respect to both organizationsâ southern neighborhood.

As two of the worldâs most prominent security providers, and given substantial overlap in membership, NATO-EU cooperation should be further deepened. While political obstacles remain, initiatives in the wake of NATO 2016 Warsaw Summit have pushed in the right direction.

We hope you enjoy this paper authored by one of the newest members of our research team.
Regards,
Jeff