For its second visit, SC130 landed in Estonia and was welcomed in Tallinn. With the objective of learning about Estonian security policy, this was an excellent opportunity to discuss issues related to the so-called Eastern flank of NATO. The Senior Course met in the facilities of the Ministry of Defence and was briefed on security policy by representatives of the ministry. 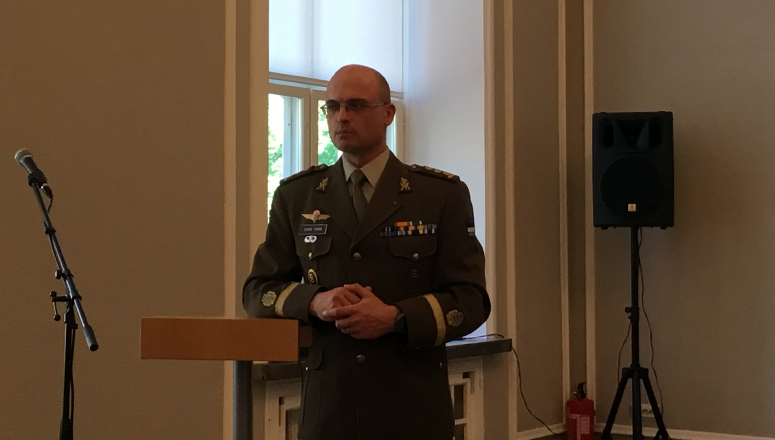 The first briefing focused on the security policy of Estonia. The first speaker was Mr Erik Kodar, acting Policy Undersecretary in the Ministry of Defence, who explained the Estonian approach to defence. He underlined the countryâs considerable investments in defence, with examples to illustrate how the whole of government philosophy is applied. Mr Kodar also explained the motivation of Estonia as a member of NATO and EU, saying that these two organizations represent the values of Estonian people well. He underlined the commitment of Estonia to the Alliance, and the determination of the authorities to work with other members and partners. Looking at the geographical situation of Estonia, he said that the country is optimistic but stays realistic about the security situation in Europe and that the two pillars of Estonian defence (self-defence and collective defence) are necessary in the current international scenario. He also spent time explaining NATO forward presence in Eastern Europe, and its consequences for Estonia.

During his second briefing he talked about cyber issues in Estonia. E-government has been very important and well developed in Estonia for a number of years, given the very low population density. But large networks are also vulnerable and the speaker took time to explain the 2007 cyber attacks and their consequences, especially for cyber defence strategy and the cooperation between government agencies and private companies. He also explained the growing role of cyber in military planning and the importance of having a cyber command.

The second speaker presented Estonian defence planning and the national defence forces. Col Vahur Karus from the Estonian MoD, after providing some historical background, spoke about defence planning and explained all the steps from the National Security Policy to the annual development plan, including decision-making processes. He also spoke about the conscription system and the budget, underlining the fact that Estonia fulfils the Allianceâs 2% of GDP defence spending pledge. He then described the structure of the Armed Forces. This briefing was very useful, offering Course Members the opportunity to discuss the advantages and disadvantages of professional and conscripted forces.

Col Ilmar Tamm then took the floor to present the Estonian Defence League. This unique, apolitical civilian initiative is a kind of whole-of-nation defence force, with more than 25,000 members. It is based on voluntary membership and funded mostly by the MoD. It is organized in districts (with sub-units), and active members have equipment and weapons at home. Interestingly, this organization includes a womenâs home defence structure and a cyber unit. This organization works according to democratic principles and has a collegial leadership. Its role is to provide military training to members, guard some military facilities, provide assistance and support to civil emergencies, and ensure youth engagement and education in defence matters. It works closely with the territorial military organization of the Armed Forces for homeland defence purposes.