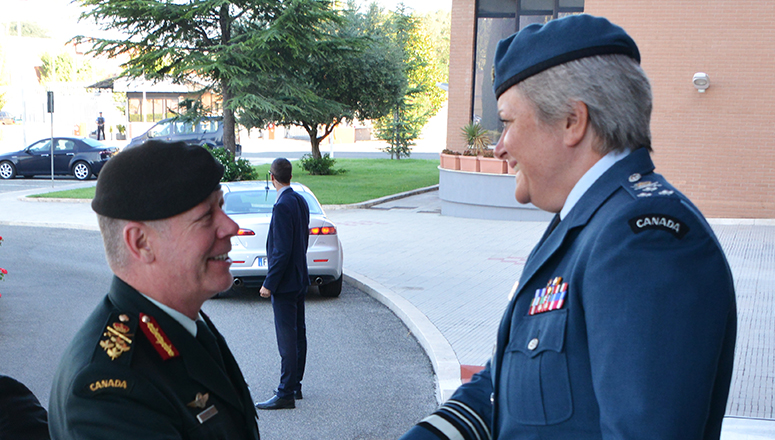 General Vance was briefed on the NDCâs mission and current activities by the Division Heads before greeting the Canadian community at the College, including Faculty, Staff and Course Members.

Previously, he served in Afghanistan as Chief of Staff Land Strategy, and as Director of the Strategic Joint Staff at National Defence Headquarters. After a short period in Naples as Deputy Commander of the Allied Joint Force Command, he assumed the position of Commander Canadian Joint Operations Command in September 2014.

General Vance is a graduate of the Canadian Forces Staff School, the UK Combined Arms Tactics Course, the Canadian Army Staff College, the Canadian Forces Command and Staff Course, the Advanced Military Studies Course and the Coalition Forces Land Component Command Course. He holds a Bachelor of Arts degree in Military and Strategic Studies from Royal Roads Military College, and a Master of Arts degree in War Studies from RMC. His decorations include the Order of Military Merit in the rank of Commander, the Meritorious Service Cross with bar and a Mentioned-in-Dispatches. In 2011, he was awarded the Vimy Award for his contributions to Canadian defence and security.