The Albanian Armed Forces Academy at the NATO Defense College 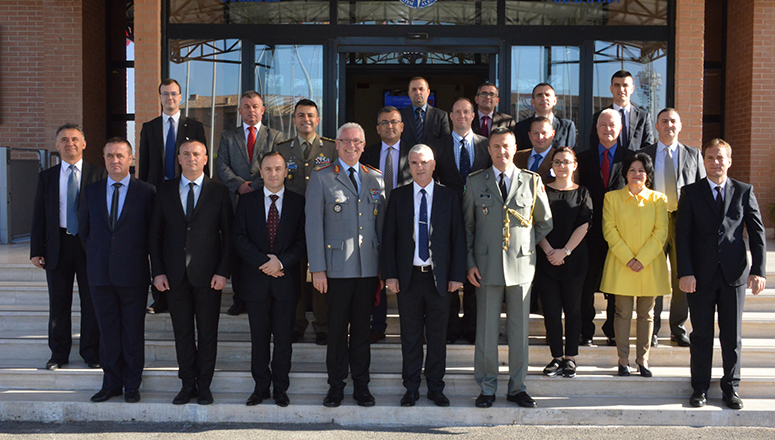 The delegation, led by Colonel Ruzhdi KuÃ§i, was composed of 21 participants. Accompanying the visitors was Colonel Ylli Pulaj, Defence AttachÃ© of the Albanian Embassy in Rome.

The group was welcomed by BrigGen Heinz-Josef Feldmann (DEU A), Head of the Academic Planning and Policy Division. After an introductory briefing on the NDCâs general organization and activities by the Head of the NDC Public Affairs Office, participants were given a guided tour of the College.

Colonel James Huber (USA A), from the Academic Planning and Policy Division, concluded the visit by briefing the delegation on the Collegeâs courses and related activities.

The visit was part of the Academyâs 9th Course on Security and Defence Studies, preparing senior officers of the Albanian Armed Forces for future responsibilities in high-ranking positions.