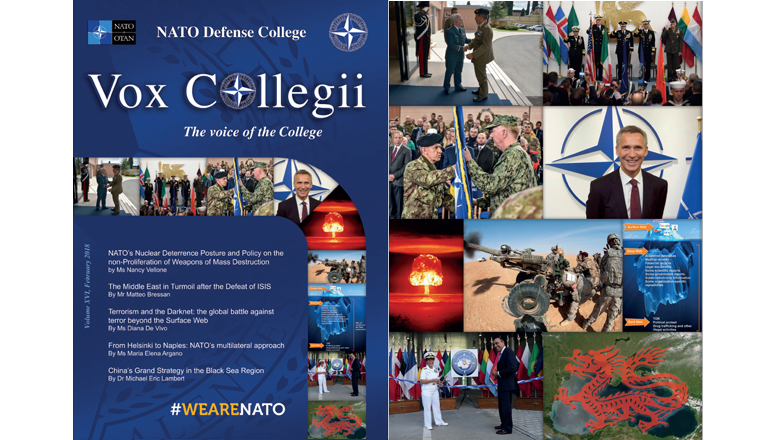 Less than twelve months after my appointment as HPAO, I look forward to sharing a positive and purposeful 2018 at Vox Collegii with all of you.

In the last six months, I have learned a great deal about the NATO Defense College and its cutting-edge role in education, research and outreach. I have been able to appreciate how much Course Members gain from the time they spend here, and how effectively this input is complemented by off-campus activities â particularly the Field Studies and the Art and History programme.

Since our last Vox Collegii Edition, the College has successfully organized and hosted the 64th Anciensâ Conference and Seminar, as well as a number of meetings and workshops on current strategic issues for the Alliance and its Partners. Meanwhile, the priorities that LtGen Whitecross has set out in her Strategic Plan form the basis of a road map enabling the NDC to focus even more effectively on NATOâs current and future challenges. 2018 will prove to be a pivotal year and one that will set us up for the future.

The infographic below presents highlights of the past year at the NDC. 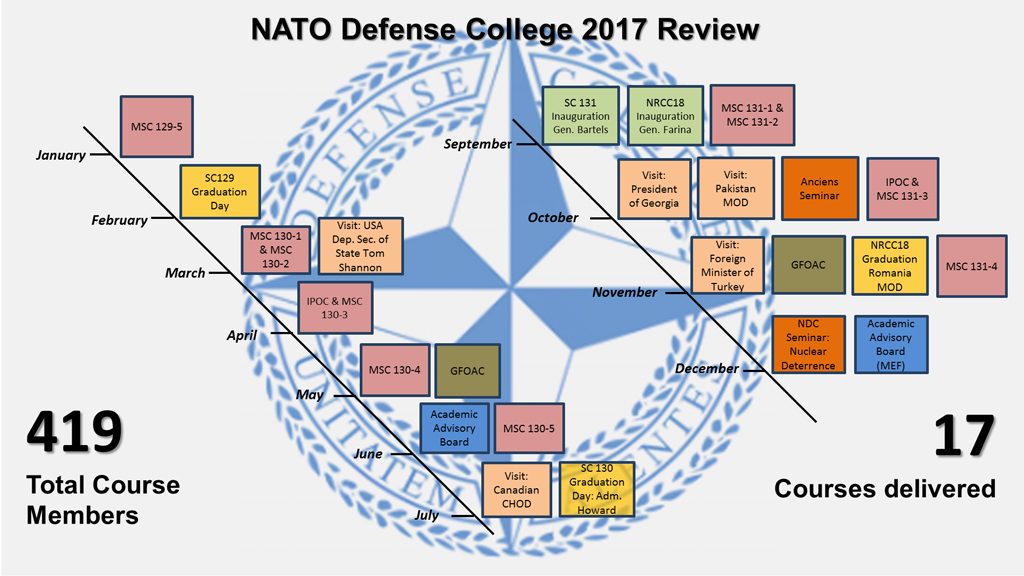 Moving on to this, our latest magazine, the articles in this issue cover a number of fascinating â and very topical âsubjects.

The first topical article of this issue, âNATOâs Nuclear Deterrence Posture and Policy on the non-Proliferation of Weapons of Mass Destructionâ, argues that the fight against the proliferation of WMD has long been one of the Allianceâs main priorities, and that NATOâs nuclear posture and support for the NPT are consistent with this. The fundamental role of nuclear deterrence in NATOâs security policy and overall strategy is examined in detail.

Another significant topic covered in this edition of Vox Collegii is âTerrorism and the Darknetâ: with terrorists increasingly appropriating the electronic media that are now taken so much for granted in our everyday life, NATO and the international community must ensure that this particularly insidious threat is not overlooked.

Closely aligned, at least thematically, our third contribution is an up-to-date appraisal of NATOâs multilateral approach, which offers a detailed insight into NATOâs ability to shape its approach in relation to the rapidly changing nature of the many threats it has to deal with.

And finally, we finish this edition with a study that identifies and analyses the major factors that underlie Chinaâs grand strategy in the Black Sea region, helping the reader better understand the real objectives driving both Chinese and Russian policy. What emerges clearly is the need for a timely understanding of how EU and NATO member states can move to balance Beijingâs growing influence in the Eastern Partnership (EaP) countries.

And as we start another year, we at the Vox Collegii send our congratulations to NATO Secretary General Stoltenberg, who will be remaining in office until 2020.