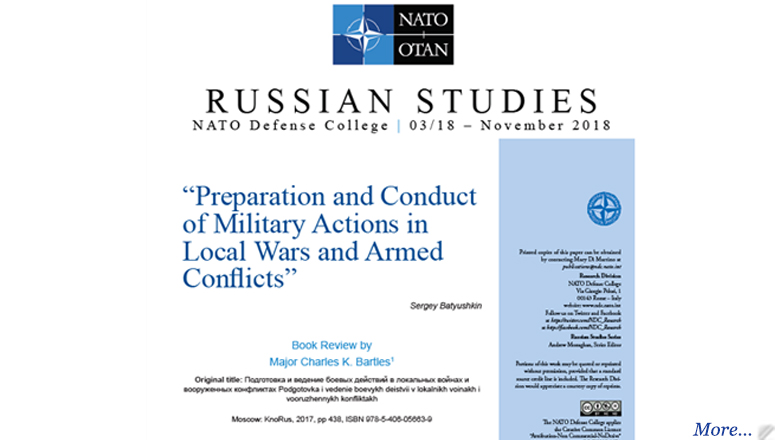 Major General (ret.) Sergey Anatolievich Batyushkin graduated from the Frunze Military Academy (now called the Combined Arms Academy of the Armed Forces of the Russian Federation) with a prestigious ‘gold medal’ for academic excellence and was later an instructor at the institution. He is also a Doctor of Military Sciences, and a member of the Russian Academy of Military Science. Batyushkin’s impressive military/academic credentials make him well-suited for authoring Preparation and Conduct of Military Actions in Local Wars and Armed Conflicts. For those familiar with contemporary Russian military writing, the significance of the phrase “local wars and armed conflicts” [локальных войнах и вооруженных конфликтах] in the title will not be lost. The phrase is often encountered in this context but is seldom explained. Batyushkin starts his discourse by defining what exactly “local wars and armed conflicts” means.