In London, SC 133 spent the morning of Monday 12 November at the Royal United Services Institute (RUSI). Course Members were welcomed by the Minister for Defence Procurement, Mr Stuart Andrew. There were three briefings: on the UKâs Global Outlook and Defence Policy, by a representative of Defence Strategy and Priorities (DSP), UK MoD; on the Foreign and Commonwealth Officeâs place in the world, by Ms Gemma Warrents from the Security Policy Department, FCO; and on NATO and CSDP, by Mr Daniel Drake from the Euro-Atlantic Security Policy Office, FCO/MoD. 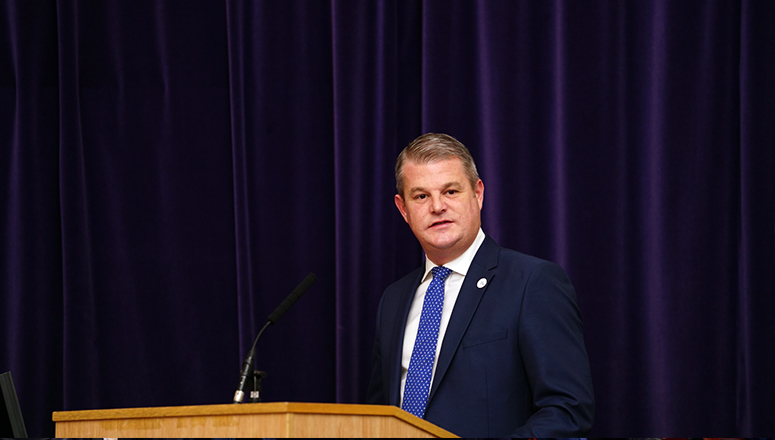 After a coffee break, there were a further two briefings: on the Department for International Developmentâs role in building stability and the national interest, by Mr Andrew Pearson, Defence and National Security Policy, Department for International Development (DFID); and on Women, Peace, Security and PSVI, by Ms Rosy Cave, Head of the Gender Equality Unit, Human Rights Department, FCO. All speakers then participated in a Q&A session.

After a hosted lunch with NDC Anciens, there was a meeting with the Rt Hon Dr Julian Lewis, MP, Chair, and the Hon John Francis Spellar, MP, from the House of Commons Defence Committee.

Closing remarks were provided by the Rt Hon Mark Lancaster, TD, MP, Minister of State for the Armed Forces.