New RD Publication: 70 years of NATO: the strength of the past, looking into the future 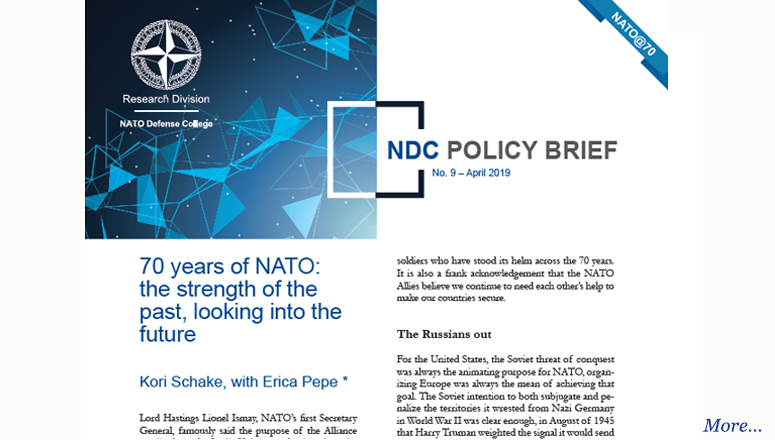 Lord Hastings Lionel Ismay, NATO’s first Secretary General, famously said the purpose of the Alliance was “to keep the Soviet Union out, the Americans in, and the Germans down”.1 Across its seventy years, NATO has succeeded at the first two, and gloriously failed at the third, instead rehabilitating Germany as an anchor of liberal values and a major military power webbed closely into cooperation with like-minded countries.

As we are currently experiencing, all three of those elements are hard-won successes, and have to be won over and over. That is not a failing or a danger, it is the simple fact of reaching and sustaining agreement among sovereign states, facing grave and changing threats across time. As the American poet Walt Whitman wrote, “must not Nature be persuaded many times?”.2