On Tuesday, 7 May, SC 134 visited the EU institutions and NATO HQ. 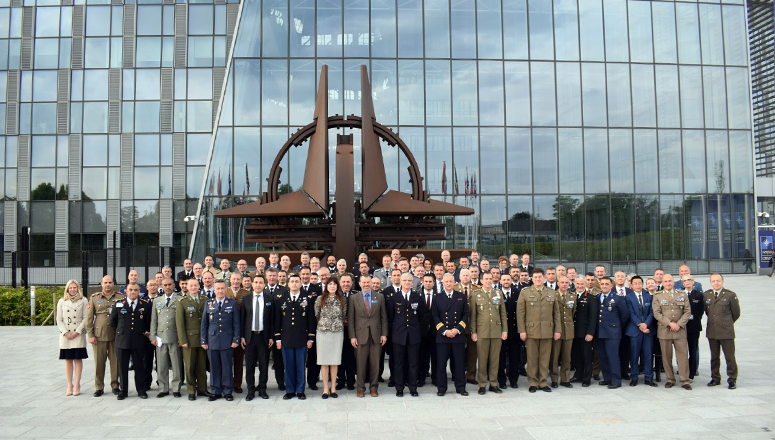 In the building of the Commission/ EUMS, SC 134 heard a briefing on the EU’s Global Strategy on Security and Defence from BGEN Heinz KRIEB, from the European Union Military Staff (EUMS), Directorate Concepts and Capability and the European External Action Service (EEAS), who made a general assessment of the threats, stressing the idea that the European Union is a global player.

A briefing on the implementation of the NATO-EU Joint Declaration was then given by Mr Andras KOS, Policy Officer, Division of Partnerships and Agreements, Directorate of Security and Defence Policy and the European External Action Service (EEAS), who indicated that the European Union and NATO are global partners although that is often far from obvious.

Later, SC 134 heard a briefing on the current state of the European Union in general, especially from the security point of view, from Ms Sylvia HARTLEIF, Principal Adviser and Leader of the Foreign Policy Team, European Political Strategy Centre(EPSC). The last briefing on European defence was provided by Mr Diego DE OJEDA, Commission representative in the Political and Security Committee (PSC) of the Council, Secretariat - General of the European Commission.

All the presentations were followed by useful Q&A sessions.

The last lecture was provided by Mr Marc DI PAOLO, Head of the Operations and Mission Section B Division (IS-OPS-B) who took a very academic approach to NATO’s challenges, and gave his vision of NATO’s future engagements.