On Friday, May 10, SC 134 visited the United Nations in New York during its Transatlantic Link Field Study. 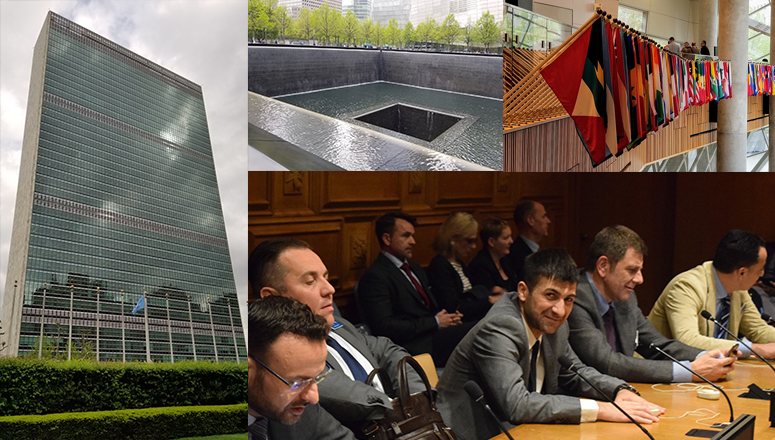 After a moving morning visit to the 9/11 Memorial, SC 134 arrived at the United Nations building where it was initially briefed on U.N. Peacekeeping: a military view by Mr Alexander Zouev, Assistant Secretary-General for Rule of Law and Security Institutions. He spoke about the UN peacekeeping architecture as a changing concept that has been recently reformed to improve the structure and operations of the peace and security pillar at United Nations HQ.

BGEN El Hadji Faye (SEN A), Chief of Staff at the Office of Military Affairs (COS OMA), then spoke about the importance of interacting with NATO. He afterwards gave the floor to one of his staff officers, who briefed on the 13 current UN peacekeeping operations, illustrating their complexity and pointing out a number of possible improvements.

The last briefing, entitled Peacekeeping: a civilian/political point of view, was by H.E. Pecsteen de Buytswerve (BEL Permanent Ambassador to the UN). Explaining the importance of the three “Ps” (prevention, protection, performance), he also dwelt on the difficulties of running PK ops in a global security environment where most conflicts are nowadays internal.