The NDC and National Parliamentary Representations

NDC researchers talked to NATO member states’ Parliaments and their representatives over the last few weeks. 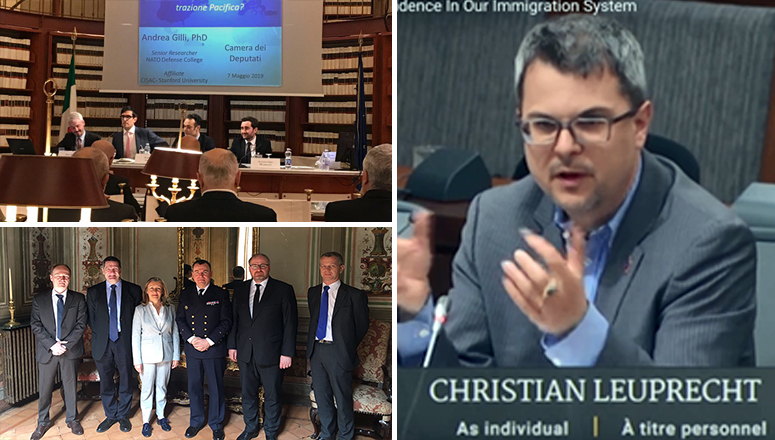 On Tuesday 7 May, Dr Andrea Gilli, Senior Researcher at the NDC, spoke at Palazzo San Macuto, Italian Chamber of Deputies, along with other scholars as well as Members of both Houses of the Italian Parliament, during the conference “NATO and Italy: Seventy Years of History, Prospects for the Future”, jointly organized by Europa Atlantica, Air Press and Formiche.

The same day in Ottawa, Dr Christian Leuprecht, Eisenhower Fellow at the NDC, delivered a testimony at the Canadian House of Commons Standing Committee on Citizenship and Immigration.

Then, on Friday 10 May, Dr Thierry Tardy, Director of the Research Division at the NDC, did a hearing on “L’Europe de la Défense” with a delegation of the Foreign Affairs and Defence Committee of the French Senate that was on a mission to Rome.