On WEDNESDAY 15 MAY, SC 134 heard briefings in Washington provided by representatives from the Inter-American Defense College (IADC), the WORLD BANK & the IMF. 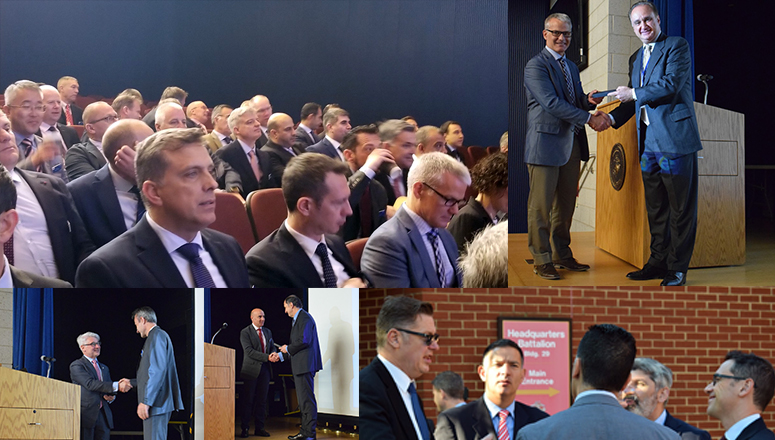 The first briefing on Latin America from the Inter-American Defense College was given by Dr Roberto PEREYRA BORDON, PhD Senior Professor and Faculty Coordinator. He stressed the numerous multidimensional security challenges that the region faces today and the different defence and security models that have been developed in the Latin American countries to address them. He also provided an interesting review of the security situation in each of the main Latin American states.

After a hosted coffee break, the next lecture was provided by Mr Herbert F. CURRY ARCEO, Senior Consultant from the World Bank Group, who explained that the World Bank is something more than just a bank but an organization that tries to bring all the world’s economic actors closer, and provides financing for better economic opportunities in developing countries.

The last briefing was provided by Dr Patrick CIRILLO, Principal Assistant to the Secretary of the International Monetary Fund (IMF), who made a detailed assessment of the evolving global landscape, explaining why the world finds itself at a delicate moment and has lost some of its momentum. He stressed the idea that the IMF and NATO are “cousins”, meaning that they are both institutions created after WWII to set up a framework for international cooperation. He explained that the role of the IMF is based on the three basic pillars of surveillance, lending and capacity development and that it provides structural policies tailored to country-specific circumstances. He ended by emphasizing the need to spur a sense of joint responsibility to work together for a renewed multilateral setting that works for all.