Lecture of Opportunity by the Supreme Allied Commander Europe 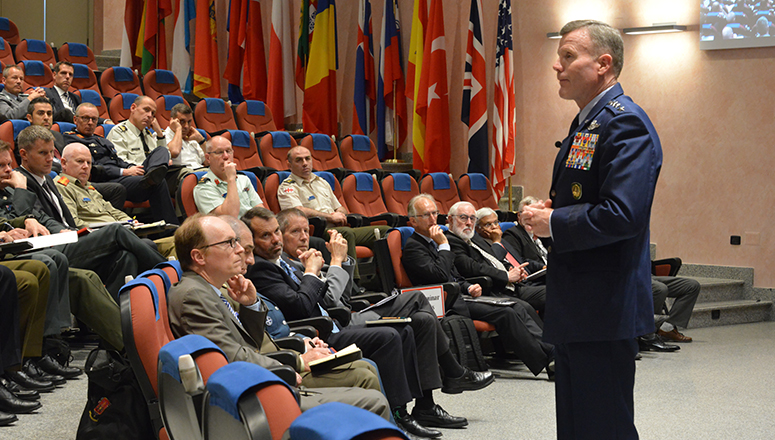 Following his office call with the NDC Commandant, the 19th SACEUR of the Alliance delivered his address to NDC Staff and Senior Course 134, in which he underlined the importance for NATO of having an adaptive military strategy in the land, air, sea, space and cyber domains.

GEN Tod D. Wolters was appointed SACEUR on 3 May, 2019. Prior to that, he served as Commander of Allied Air Command at Ramstein Air Base, Germany, where he was responsible for NATO Air and Missile Defence during peacetime operations, in addition to being Commander of US Air Forces in Europe and Africa.