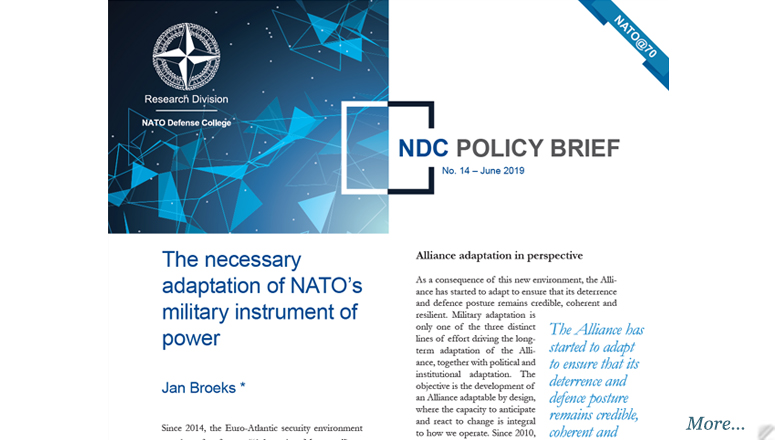 Since 2014, the Euro-Atlantic security environment has become less stable and predictable as a result of a series of actions taken by Russia: Russia’s illegal and illegitimate annexation of Crimea and ongoing destabilization of eastern Ukraine; Russia’s military posture and provocative military activities, such as the deployment of modern dual-capable missiles in Kaliningrad, repeated violations of NATO Allied airspace, and the continued military build-up in Crimea; its significant investments in the modernization of its strategic forces; its irresponsible and aggressive nuclear rhetoric; its large-scale, no-notice snap exercises; and the growing number of its exercises with a nuclear dimension.

In parallel, growing instability in our southern region, from the Middle East to North Africa, as well as transnational and multi-dimensional threats, are challenging our security. These factors can all have longterm consequences for peace and security in the Euro- Atlantic region and stability across the globe. Yet it is mainly Russian military actions that have brought deterrence and collective defence back to the forefront of NATO’s agenda.