From 1 to 3 July 2019, the NDC hosted the first Early-Career Nuclear Strategists’ Workshop (ECNSW). Organized by the NDC Research Division in cooperation with the Nuclear Policy Directorate at NATO HQ, the event targeted young scholars with expertise in nuclear deterrence: the aim was to enhance and disseminate competencies, understanding and skills, with a view to bringing forward a new generation of nuclear strategists. 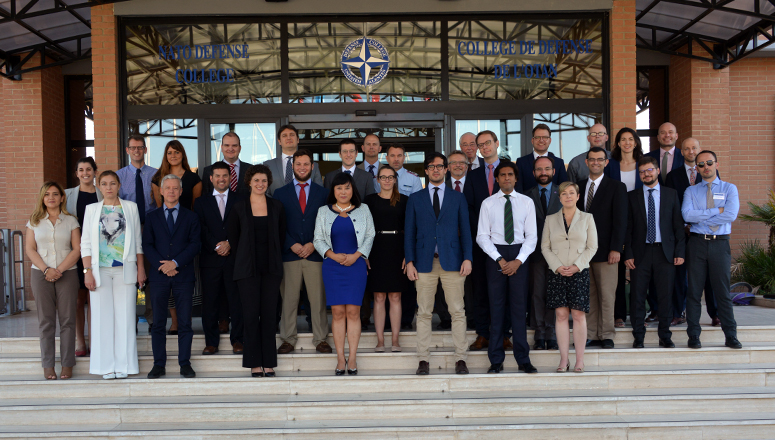 The workshop’s three main goals were to:

Although the NDC has held a Nuclear Conference annually during the past four years, the innovative feature of the ECNSW model is that it combines frontal conference presentations of selected participants’ research with simulation. During the three-day workshop, participants raised awareness and fostered expertise on nuclear issues by discussing the balance between deterrence and arms control, the destabilizing role of new technologies, the need to share nuclear knowledge management with future generations and the related challenges, as well as the benefits of diversity for the future of the Alliance.

Prof. Michael Hunzeker and his team from George Mason University (USA) organized and led the simulation. This exercise played a central role in enhancing practical understanding of the issues addressed, in honing skills related to multilateral cooperation, as well as in highlighting the relevant assumptions on which academic scholarship is based. By simulating three crisis scenarios, participants were challenged to question whether actors behave rationally in the face of a crisis and to what extent they are influenced by cultural or psychological dynamics when called upon to cooperate in a multicultural setting.

A highlight of the event was the participation of NATO Deputy Secretary General Rose Gottemoeller. Speaking via VTC, Ms Gottemoeller reaffirmed the importance of nuclear issues for the Alliance, sharing her views about current and future challenges such as arms control, nuclear sharing and the role of nuclear deterrence.