The Canadian Minister of Veterans Affairs visits the NDC

On 26 November, the Canadian Minister of Veterans Affairs, the Honourable Lawrence MacAulay, visited the NATO Defense College as part of the Government of Canadaâs commemorations to mark the 75th anniversary of the Italian Campaign. 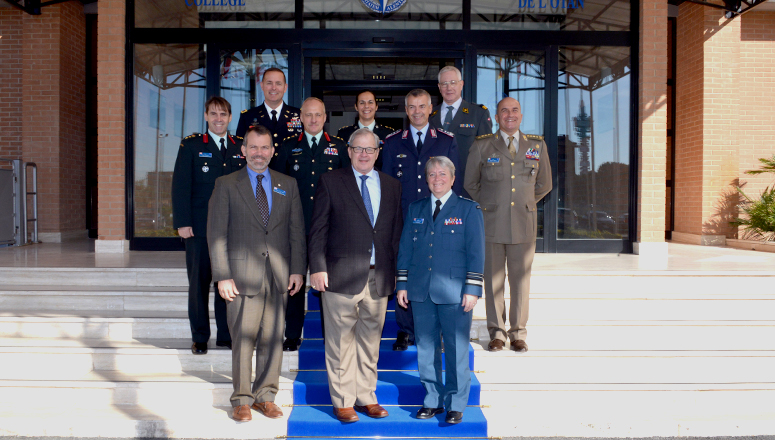 A former Minister of Agriculture and Agri-Food, Solicitor General of Canada, Minister of Labour, Secretary of State (Veterans), and Secretary of State (Atlantic Canada Opportunities Agency), the Honourable MacAulay has been the Member of Parliament for Cardigan since 1988. The Department of Veterans Affairs is responsible for medical care, rehabilitation, disability pensions and awards for Veterans, as well as assisting in the reintegration of soldiers into civilian life.