New RD Publication: The Brain and the Processor: Unpacking the Challenges of Human-Machine Interaction 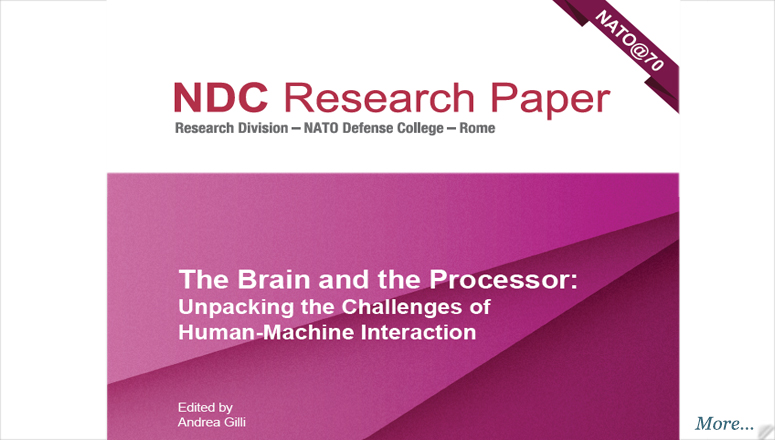 The 21st century has seen an unprecedented growth and acceleration of technological development, thanks in large part to the commercial sector, and especially in the digital domain. Shrewd use of readily available new technologies, often in combination, has offered state and non-state actors a multitude of different ways to inflict damage and disruption well above and beyond what was imaginable a few decades ago. Such damage and disruption can now be inflicted not only on traditionally superior military forces on the battlefield, but also on the civilian population and critical infrastructure, for example by cyberattacks. In addition, most of these technologies are developed at a far remove from the traditional defence industry pipeline, and are characterised by an extremely short time to market.

Emerging and disruptive technologies â starting with data analytics, artificial intelligence and autonomy â will change the way we (or potential adversaries) operate. Yet it is still unclear exactly when and how this will happen, and with what implications. Futur(olog)ists often underline this point: Roy Amara coined the famous âlawâ whereby we tend to overestimate the effect of a new technology in the short term and to underestimate it in the long term, while Alvin Toffler quipped that âthe future always comes too fast, and in the wrong orderâ. What is sure is that these technologies â which have to date enjoyed only limited application in the military domain â also have the potential to change balances of power, among countries as well as other actors. Access to technologies and clear ideas about their intended use will also play a key role, raising important questions about values and norms.