On Thursday 12 December, Senior Course 135, with Commandant LGEN Chris Whitecross as head of delegation, visited the Turkish General Staff Headquarters in Ankara. The group was welcomed by Director of Operations MGEN Lerner Ergun, who set the scene for the morningâs briefings by explaining Turkeyâs contribution to international stability as a major regional power. 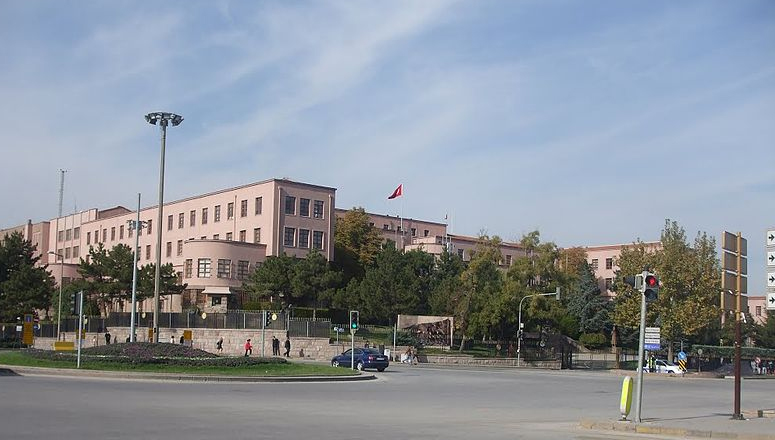 Mr Ozkan Duman from the Turkish Ministry of Foreign Affairs then spoke about global and regional security developments, with special emphasis on the role of Turkey as an island of stability amidst the ongoing conflicts in its neighbourhood and further afield. He also explained Turkish relations with NATO, the US and the EU, contextualized in a 360-degree approach.

The following briefing was by Mr Volkan Oskiper, Deputy Director General for NATO and Euroatlantic Security and Defence Policy at the Turkish MoFA, who focused on Turkish-NATO relations and took time to explain the geostrategic position of Turkey as a microcosm of the challenges currently faced by Europe.

After a brief coffee break, the Head of the International Military Division at the Turkish MoD, COL Oguz Ezik, explained how the Turkish Armed Forces have an organizational and operational structure that ensures a level of commitment fully in line with Turkeyâs role as part of NATOâs core effort.

He was followed by BGEN Taner Sagiroglu from the Turkish General Staff, who spoke about Turkeyâs role in the fight against terrorism. MGEN Lerner Ergun then took the floor again, focusing on the Turkish Armed Forcesâ current military operations in Syria.

The morning session was closed by Mrs Aysegul Totakly from the International Cooperation Department of the Presidency of Defence Industries, who illustrated the role of defence manufacturers in the modernization of the Turkish Armed Forces and explained how the defence procurement process works.

After lunch, SC 135 moved to the AtatÃ¼rk Mausoleum (Anitkabir) for a wreath laying ceremony, followed by a visit to the ASELSAN defence industry facility for a further briefing.