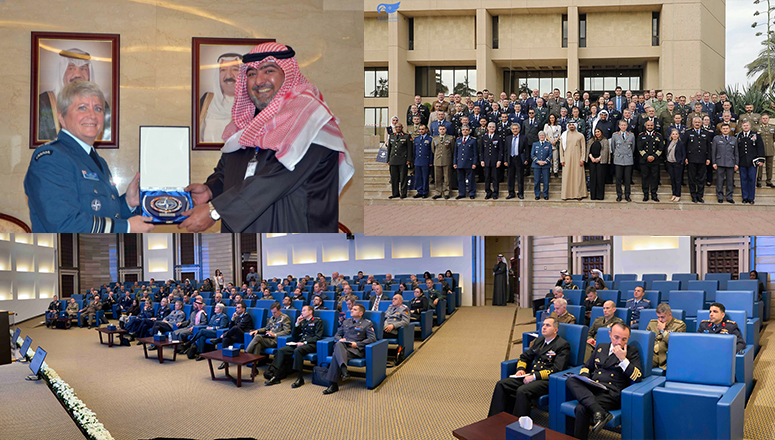 The NDC delegation, led by Commandant LGEN Chris Whitecross, was warmly welcomed by BGEN Talab Khalifah Al Fleej, Director of the Mubarak Al Abdullah JCSC. He provided an insightful lecture about the College, about the changing security challenges in the complex Gulf region, and about Kuwaitâs priorities in relation to these.

SC 135 then moved to the Kuwait Fund for Arab Economic Development. Senior Engineering Consultant Dr Mohammed Sadequi and Regional Manager for West African Countries Mr Thame Al-Failakawi explained how the Fund works, illustrating the role it has played in addressing development challenges since its foundation in 1961.

This was followed by a visit to the NATOâICI Regional Centre, where the NDC delegation were honoured to meet H.E. Sheikh Thamer Ali Al-Sabah, President of the National Security Bureau. NDC Course Members were then briefed on three different topics. The first lecture was by Mr Fawaz Alothman of the National Security Bureau, Manager of the NATO-ICI Regional Centre. He spoke about the successful relationship between Kuwait and NATO, looking at the Centreâs vision, mission, objectives and achievements.

The last lecture was by Dr Zafer Alajmi, Director of the Gulf Monitoring Group. Analysing the geopolitical context of Kuwaiti policy, he dwelt on the State of Kuwaitâs permanent quest for security against the background of the regionâs political and security-related challenges.