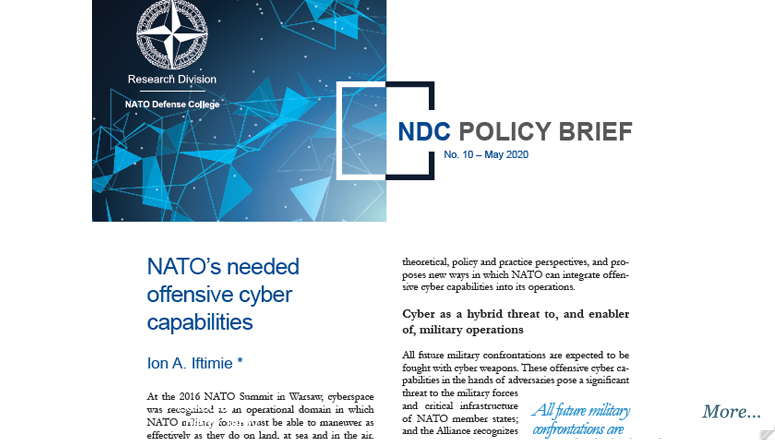 At the 2016 NATO Summit in Warsaw, cyberspace was recognized as an operational domain in which NATO military forces must be able to maneuver as effectively as they do on land, at sea and in the air. Since then, Allies have conducted several successful offensive cyber operations1 against non-state adversaries, such as Daesh. Due to technological transformations in recent years, cyber is no longer viewed by NATO and its member states only as a hybrid threat, but also as a weapon in its own right and as a force multiplier2 in current military operations. Over the next two decades, NATO will look for new ways to integrate cyber weapons (or offensive cyber capabilities) into its operations and missions.3

This Policy Brief looks at the distinctions between cyber as a hybrid threat and cyber as a weapon, from theoretical, policy and practice perspectives, and proposes new ways in which NATO can integrate offensive cyber capabilities into its operations.

1 (back) Offensive cyber operations refer here to coordinated actions where adversary data used to communicate between physical (hardware), logical (software) and/or social (digital persona) systems is infringed upon for the purpose of achieving a specific military effect.