From 8 to 12 June 2020, the NATO Defense College held the Negotiation, Mediation and Decision-Making (NMDX) Exercise. Over the five days, Course Members had the opportunity to examine NATOâs role in Crisis Response Operations and the Allianceâs organization and procedures in crisis management situations. 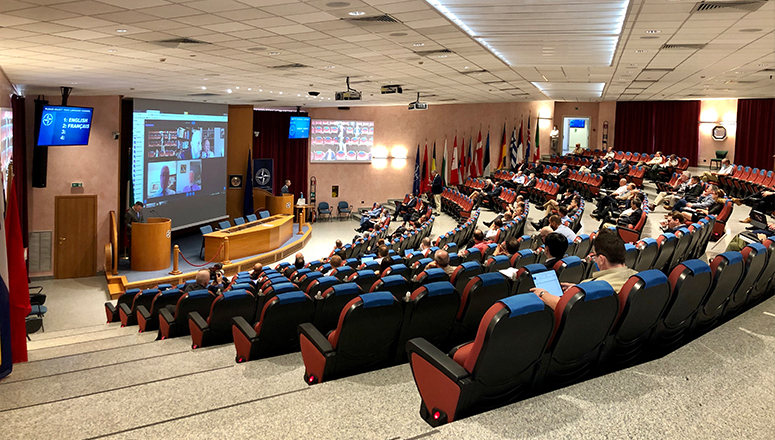 In her closing remarks, LGEN Whitecross highlighted the importance of this exercise for Course Membersâ interaction and for the consolidation of their Study Period. She also stressed the significance of achieving consensus in a high level environment and under critical circumstances such as those of the scenario.

The exercise coincided with the return to the College after more than 12 weeks of lockdown and was conducted with measures in line with the national safety protocols.