After the very successful meetings in Addis Ababa (2012) and Rio de Janeiro (2013), the NDC Research Divisionâs high-profile outreach activities continued on 15-16 May with a conference in Vancouver, Canada, jointly organized with Simon Fraser University (SFU). 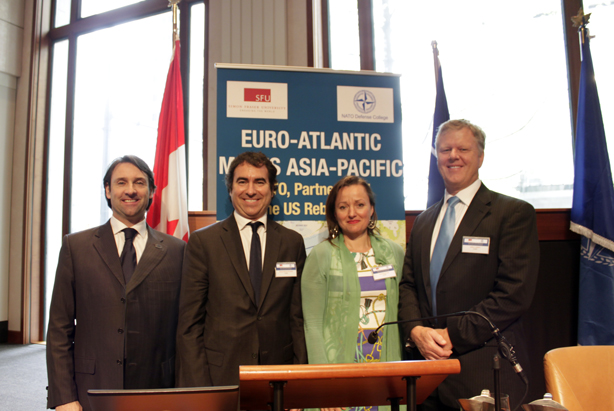 Symbolically convened in a NATO member stateâs gateway to the Pacific on the Allianceâs western flank, the Vancouver conference gathered leading scholars from the Asia-Pacific and Euro-Atlantic regions, together with officers, officials, students of international affairs and academic staff. The overarching aim was to address the implications for the Alliance of the US rebalance to the Asia-Pacific region, particularly as regards the post-2014 shape and scope of NATOâs partnerships with Australia, Japan, New Zealand and South Korea.

All presentations were accompanied by lively Q&A sessions, which enabled scholars to engage in detailed debate about their respective findings. The proceedings will be jointly published by the NDC and SFU in the coming months.