The 43rd Conference of Commandants meets in Bucharest.

The 43rd Conference of Commandants (CoC 2014) of Alliance Defence Colleges was held from 26 to 28 May 2014, at the Carol I National Defence University (NDU-R) in Bucharest. 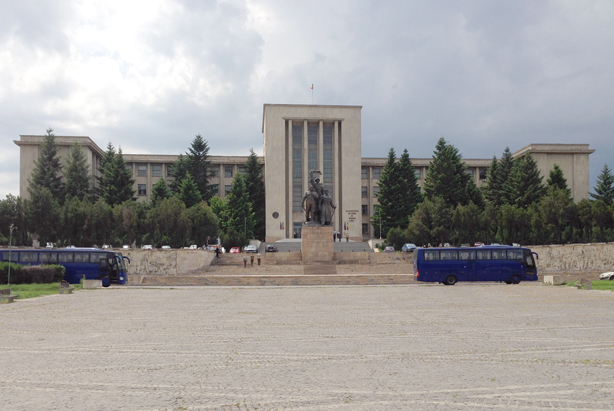 The Conference began on the evening of Monday 26 May with a welcome Ice Breaker, hosted beautifully by the NDU-R. The Conference proper was opened on the morning of Tuesday 27 May by LtGen Arne BÃ¥rd Dalhaug, Commandant of the NATO Defense College and Chairman of the CoC, who introduced the theme of the 43rd edition: âConnected forces through connected education: Harnessing NATOâs & Partner Nations Strategic Educational Resourcesâ. The welcome address was given by BrigGen Florin-Gabriel Moisescu, Commandant of the National Defence University of Romania and the host of this yearâs event.

There followed a keynote address by the Secretary General of the Ministry of National Defence of Romania, Mr Codrin Dumitru Munteanu. Then the Dean of the NDC and CoC Moderator, Dr Daria Daniels-Skodnik (SVN), announced a number of interesting presentations, all of which centred upon the future of strategic higher military education and the importance of Connected Education (CE). The speakers examined a series of challenges currently facing defence educators, including the most pressing issue, that of convincing commanders and policy-makers of the intrinsic value of education, and obtaining the necessary time and resources.

The Conference continued on Wednesday 28 May with a keynote speech by LtGen Frederick âBenâ Hodges, (USA) NATO LANDCOM. The NDC Dean then illustrated the topics, aims and contents of the four Thinking Platform (TP) workshops:

The 43rd Conference ended with a farewell by BrigGen Moisescu and closing remarks by LtGen Dalhaug. This conference was a great success and attended by representatives from both NATO member nations and our global partners and numbered 105 participants from 41 countries representing 54 institutions worldwide.

Since the early â90s, participation has progressively increased to include countries with higher defence education establishments within the Partnership for Peace (PfP), the Mediterranean Dialogue (MD), the Istanbul Cooperation Initiative (ICI) and Global Partners as well as several international organizations (IO). CoC 2014 saw the first-time attendance by a delegation from Brazilâs âEscola Superior de Guerraâ.

The Conference of Commandants was established by Vice-Admiral J.C. O'Brien (Canada), Commandant of the NDC from 1970 to 1973. It was held every year in Rome from May 1972 until 1988. Since then, the Conference has continued to reconvene periodically in Rome, but has also been hosted with increasing frequency, by its member and partner institutions in their respective countries. The CoC is the NATO Defense Collegeâs most important Outreach activity.

The Conference serves a dual purpose. Its first aim is to foster mutual understanding and awareness, and to facilitate the free and frank exchange of ideas and information between those responsible for higher strategic military defence education, with a view to improving curricula and teaching methods. The second aim is to promote cooperation in the field of higher defence education between colleges in NATO member countries and peer institutions around the world.