The programme for this week gives Senior Course 125 and the twelfth NATO Regional Cooperation Course (NRCC-12) a rare opportunity to study the worldâs three major monotheistic religions, a central topic for intercultural dialogue. 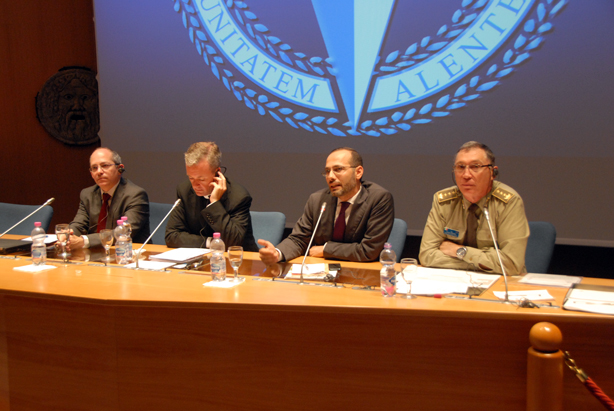 With visits to the Vatican (including attendance at a Papal Audience), the Mosque of Rome and the Great Synagogue of Rome scheduled in the next few days, the programme for the week began with lectures by invited speakers.

The speakers were warmly welcomed by Colonel G. Morabito (ITA A), Head of the Middle East Faculty (MEF).

Dr Hillel Newman then gave the first talk. A Counselor for World Jewry and the Inter-Faith Division of the Israeli Ministry of Foreign Affairs, and former Ambassador of the State of Israel to the Republics of Uzbekistan and Tajikistan, Dr Newman outlined the history of Judaism as the traditional faith of the Jewish people and explained the secular-religious status quo in Israel today. The second presentation was delivered by Dr Izzeddin Elzir, founder and President of the Islamic Community in Tuscany. Dr Elzir focused on central tenets of Islam, commenting on the close links between the harmonious social order which these promote and democratic participation. The third and last lecture was by the Reverend Father Owen F. Keenan from the Vatican Secretariat of State, who gave an engaging and informative talk on the origins and main precepts of Catholic Christianity.

A very interesting Q&A session took place afterwards, during which all Course Members had the chance to pursue a constructive and stimulating discussion, identifying the common values shared by all three religions, such as love, peace and brotherhood.