On Wednesday 5 November, following the visit to Brussels and Mons where the group visited the NATO HQ and SHAPE, the NDCâs Twelfth NATO Regional Cooperation Course (NRCC-12), led by Col Giuseppe Morabito (IT A), arrived in France. 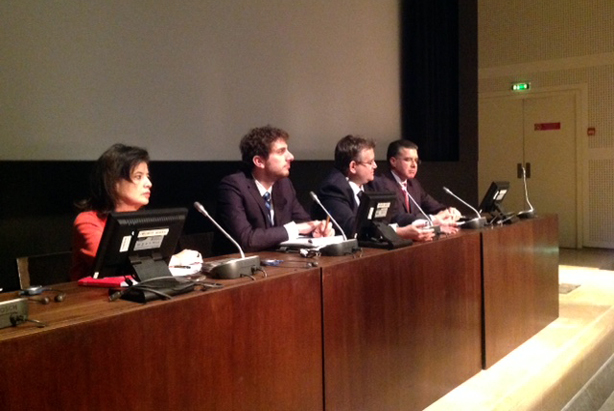 During their first day in Paris, the NRCC went to the “Musée des Invalides”, one of the largest museums of military history in the world, built in 1905 and which also houses the École Militaire. There, they were briefed by Capt Alban Lapointe from the Directorate of Strategic Affairs, on the position of France within NATO, on current French military operations and its force structure.

On the next and final day of the Field Study, NRCC Course Members returned to the “Musée des Invalides”, where they heard a presentation given by the Director of the German Marshall Fund Office, Dr Alexandra De Hoop, who discussed the Transatlantic Agenda. This was followed by a roundtable session on the strategic future of the Middle East, directed by Prof Adbennour Benantar, Professor at University of Paris VIII, and including Dr Florence Gaub, Senior Fellow at the European Union Institute for Security Studies; Dr Pierre Razoux, Director of the Comparative Regional Security Division at l'Institut de Recherche Stratégique de l'École Militaire; and Dr Faitha Dazi-Heni, Senior Fellow at IRSEM.

This concluded the academic programme of the Field Study week for NRCC-12, before travelling back to Rome.