Arriving to Washington, DC on the afternoon of 6 November, the Course Members (CM) and spouses of Senior Course 125 quickly changed into their service dress uniforms for an official reception at Marine Corps Barracks, Washington DC hosted by MGen. Michael REGNER, Staff Director of Headquarters USMC and on behalf of the Chairman of the Joint Chiefs of Staff and the Commandant of the Marine Corps. 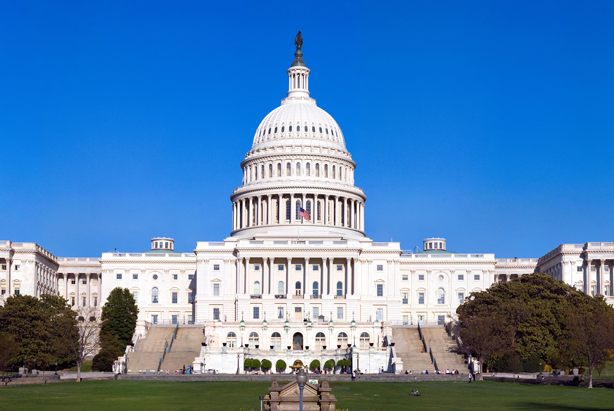 The next morning, the delegation arrived at the US Capitol Building for the first briefings on US Policy and immediately observing the effects of the US mid-term elections. The delegation was welcomed by BGen David FURNESS, Legislative Assistant to the Commandant of the Marine Corps. In his introductory briefing, he described the interaction between the Marine Corps and defence structure with legislators on Capitol Hill. An important factor in this respect is the process of creating âshared understandingâ between the representatives of the Armed Forces and members of Congress and especially those of both the House and Senate Armed Service Committees.

Mr Don RITCHIE, Associate Senate Historian, offered a fascinating overview of congressional foreign policy from a historical perspective and overview of several and different periods of American history that influenced changes in the roles of both the House and Senate. The next speaker was Mr Ryan CRUMPLER, Professional Staff Member on the House Armed Services Committee. His specific focus being the Subcommittee for (Military) Readiness, he updated CM on current political debates related to current and future defense budgets and the potential impact across the spectrum of military activities.

Following lunch at the Capitol Visitors Center and some time to observe the interior of the US Capitol, CM moved to USMC Barracks Henderson Hall for briefings on Department of Defense Activities.

The first speaker was BGen Jacqueline VAN OVOST, Deputy Director for Politico-Military Affairs (Europe, NATO & Russia) from the Strategic Plans and Policy Directorate of the Joint Staff J5. She explained the structure of the US National Security Council and briefly reviewing global security trends and described US-NATO opportunities for capability development and cooperation in a number of areas.

Mr James TOWNSEND, Deputy Assistant Secretary of Defense for European and NATO Policy, spoke about the evolution of NATO strategy over the last two decades, and about current US security policy regarding the future of the Alliance. He also offered informed insight regarding the outcomes of the NATO Summit in Wales.

Transitioning to International Organizations, Mr Patrick CIRILLO, Principal Assistant to the Secretary of the International Monetary Fund (IMF), provided an excellent lecture on the history, organization and goals of the IMF. With the organizationâs overarching mission being the promotion of international economic growth and stability, he focused on current worldwide economic challenges and offered a wide-ranging perspective on appropriate strategies for national economic development.

Each of the briefings at the Capitol and Henderson Hall were complemented by lively question and answer sessions. Course Members then enjoyed the weekend in Washington, DC with many CM taking advantage of the optional monuments tour on Saturday morning.

Monday, 10 November found the Course Members at the US Department of State. The first speaker on this last day in the United States was Ms Yuri KIM, Office Director NATO-EU activities and career diplomat. She discussed the current and future State Department Strategic Engagement with Europe and included an intensive question and answer session with CM engaging in a challenging dialogue on US â NATO â EU cooperative and divergent policies.

Next, Ms Maura CONNELLY, former US Ambassador to Lebanon spoke on crisis in the Middle East and specifically on the ongoing challenge with ISIL. Highlighting her current work with Gen (R) John ALLEN, she emphasized the coalition building efforts. She completed her presentation with a discussion on the overall objective in Middle East involving the comprehensive peace process effort to resolve the enduring conflicts.

Again transitioning back to International Organizations, Ms Angelica SILVERO, Head of Speakers Bureau for the World Bank (WB) began her discussion with an historical overview of the WB, underlining the prioritization of monetary policy decisions at international level as an indispensable basis for economic growth. Highlighting governance as a significant dimension of policy, she detailed the WB ultimate goal of enhancing shared prosperity.

The NDC delegation is currently on its way to Belgium, where the Transatlantic Link Field Study will be completed by visits to Brussels (NATO Headquarters and the European Union) and Mons (Allied Command Operations, at SHAPE).