Dr. Jeffrey A. Larsen (USA C), Head of the NATO Defense College Research Division, has been awarded the prestigious Major General Robert E. Linhard Outstanding Research Award 2014 for his book âOn Limited Nuclear War in the 21st Centuryâ. The book was co-edited with Dr. Kerry Kartchner of the US State Department and published in 2014 by Stanford University Press. It has also been nominated as one of 12 books for the US Air Force Chief of Staffâs 2015 Airmenâs Reading List. 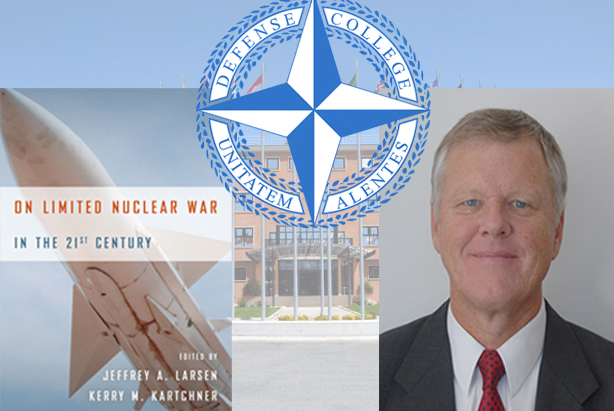 This award is presented each year by the US Air Force Institute for National Security Studies (USAF INSS) for Outstanding Research in National Security. It is named after the late Major General Linhard of the Air Staff, a brilliant strategic thinker and great supporter of INSS.

This marks the second time Dr. Larsen has received the Linhard award. The first was as head of a research team from Science Applications International Corporation for their 2011 study on âQualitative Considerations of Nuclear Forces at Lower Numbers and Implications for Future Arms Control Negotiationsâ, which was published as an INSS Occasional Paper.