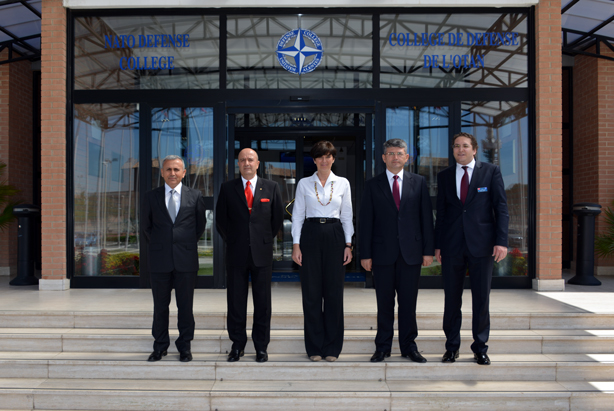 The guests were then escorted to the Maynard-Thorn Auditorium to attend the Q&A session of the Generals, Flag Officers and Ambassadors' Course (GFOAC) which followed a lecture on “The Transatlantic Link: the Cornerstone of the Alliance” by Ambassador Robert E. Hunter (USA) and Prof Carlo Masala (DEU).