On 28th May 2015, the NATO Defense College had the honour of welcoming Major General Salim bin Musallam bin Ali Qattan, Commandant of the Omani National Defence College, accompanied by H.E. Ahmed Salim Mohamed Baomar, Ambassador of the Sultanate of Oman to Italy. 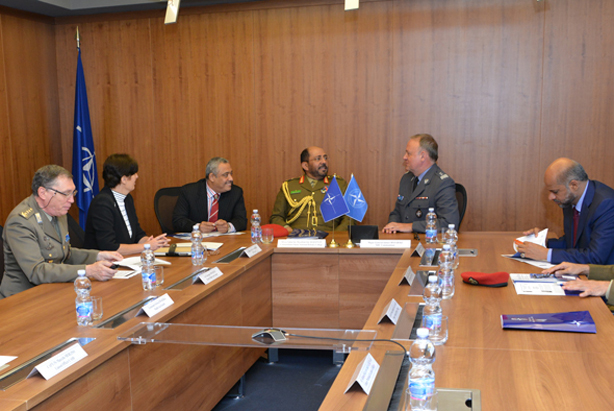 The visit afforded an excellent opportunity for both sides to discuss a range of topics, underlining the close ties between the Omani National Defence College and the NDC.

In compliance with Royal Directives of His Majesty the Sultan, the Supreme Commander of the Omani Armed Forces, the statute of the National Defence College was drawn up according to a Royal Decree of 2013. The College specializes in strategic-level studies in the fields of security and defence. Its aim is to provide senior leaders, both military and civilian, with the knowledge and skills needed for higher levels of responsibility. In addition, the National Defence College ensures that its graduates effectively contribute to the formulation of public policies, the development of strategies, and the coordination and integration of government efforts related to security and defence.