On 5 September 2015 in Bar, Montenegro, the NATO Defense College Research Division in cooperation with Allied Maritime Command (MARCOM) and the Ministry of Defence of Montenegro convened an Expert Roundtable on security in the Adriatic Sea. The event, which coincided with the port visit of the Standing NATO Mine Countermeasures Group (SNMCMG) 2, marked an important occasion highlighting Montenegroâs ongoing commitment to, and preparations for NATO membership, in anticipation of the 2016 Warsaw Summit. This was underscored by the presence of Admiral Dragan Samardzic, Chief of the General Staff of the Montenegrin Armed Forces, who opened the deliberations, and His Excellency Ambassador Vesko Garcevic, National Coordinator for NATO at the Ministry of Foreign Affairs of Montenegro, who offered the final summation. 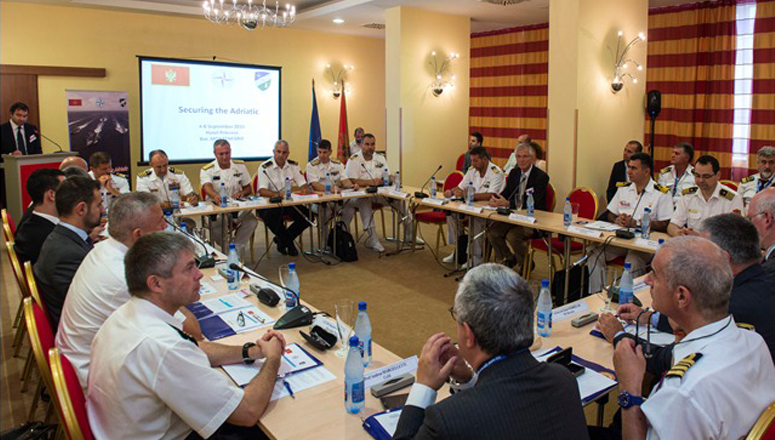