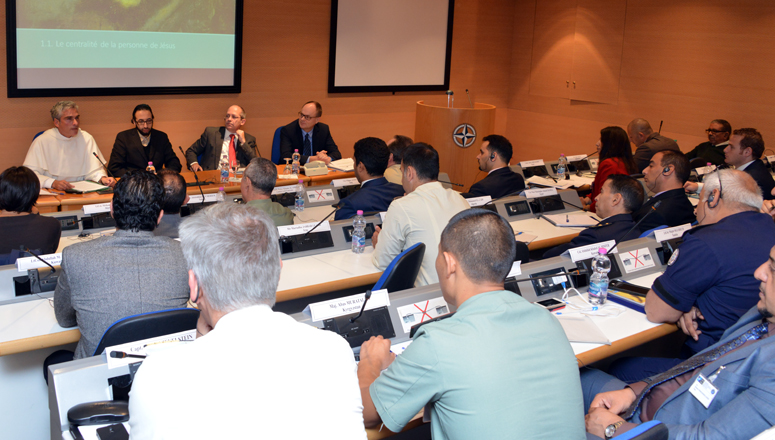 All three speakers provided a detailed introduction to the origins, development and main precepts of their respective religions, underlying similarities between the different faiths.

The first presentation was given by Dr Hillel Newman, a Counselor to the Israeli Ministry of Foreign Affairs (Jewish World Affairs, Interfaith and Strategic Divisions) and former Ambassador of the State of Israel to the Republics of Uzbekistan and Tajikistan. Dr Newman spoke about the origins and principal characteristics of Judaism, reviewing the Commandments and the values of his faith.

The second presentation was delivered by Mr Cappabianca, who gave an engaging and informative talk on the origins and main precepts of Christianity.

The lecture on Islam was by Mr Ghandour (MAR), who provided an extensive overview of the origins of his religion, as well as explanations of its founding concepts and beliefs.

Following the presentations, Course Members asked a number of challenging questions during the Q&A period, which gave them a unique opportunity to pursue a constructive and stimulating discussion, identifying the common values shared by all three religions.