On 10 November it was time for SC 127 to visit the Pentagon, first to be given a tour, including areas commemorating the victims of 9/11. After having been amazed at the tour guides' ability to walk backwards throughout the tour, it was time to get down to business. General Paul Selva, Vice Chairman of the Joint Chiefs of Staff, opened his address by congratulating the Marine Corps on their 240th birthday and thanking them for their sacrifices. He thereafter pointed out that the singular focus for most US strategic thinking since 9/11 had been on counter terrorism. In addition to commenting on the rationale for a broad classification of threats according to the capabilities of the actors concerned, he acknowledged the worrying persistence of violent extremism. 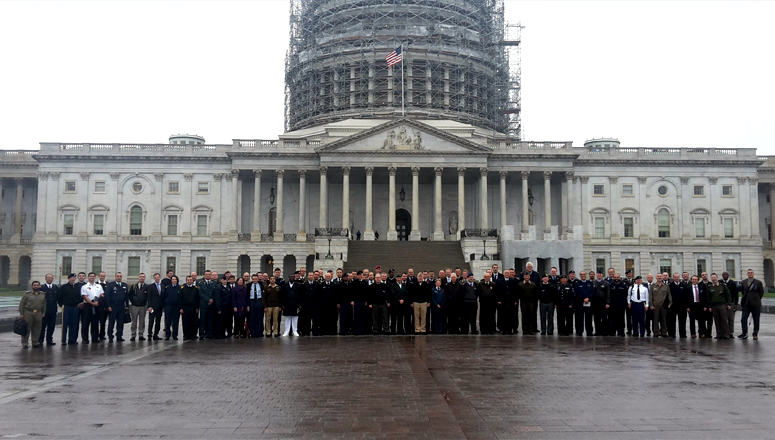 Mr James Townsend, Deputy Assistant Secretary of Defense for European and NATO Policy, pointed out that the transatlantic link needed constant care, but had now matured after a difficult period. To effectively address the challenges in the South, especially the migrant crisis, he explained that it was paramount for NATO and the EU to work together, migration not being a military problem.

SC 127 then walked to the Senate and were addressed by Senator Ron Johnson, Chairman of the Senate Foreign Relations Subcommittee on Europe. The speaker argued that the West should show greater resolve and that peace is achieved by strength. Identifying the importance of NATO in that respect, and the need to enhance Alliance resources accordingly, he also pointed out that the USA was making a great sacrifice for world peace â though it had neither the will nor the capability to be the world's policeman. Ms Betty Koed, Senate Historian, clarified the history and workings of the Senate. Mr Justin Wein, Deputy Chief of Staff for Representative David E Price, explained how a congressman works and highlighted how the "House Democracy Partnership" programme helps foster emerging democracies around the world. Colonel John Ostrowski and Mr John Daly thereafter delineated how the Marine Corps' Office of Legislative Affairs worked, especially with regard to forming awareness of the needs and priorities of the Marine Corps in Congress.

Finally, Angelica Silvero, Head of the World Bank Speakers Bureau, gave a talk on the historical background of the World Bank and its assistance to developing countries. Its main goal is to eradicate poverty â hence the slogan "End poverty". Interestingly, the speaker pointed out that countries that invested in women were more successful than others.

After a fruitful and busy day, Course Members were at liberty to explore Washington.