On 11 November, Remembrance Day, what could have been more appropriate than for SC 127 to pay a visit to Arlington Cemetery in beautiful autumn weather? After paying their respects, SC 127 proceeded to Henderson Hall, where Mr Patrick Cirillo from the IMF gave a very informative talk on âThe Evolving Role of the IMF in a Globalized World Economyâ. 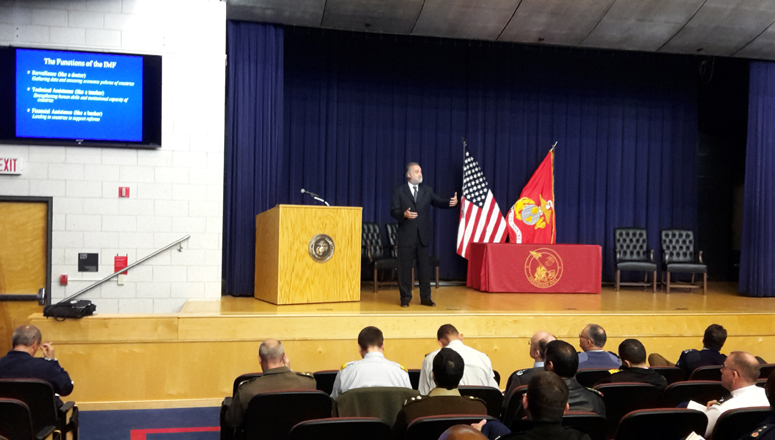 Having been established at about the same time, and with similar goals, the IMF and NATO complement each other in the field of crisis prevention and management. The speaker explained that the IMFâs role was essentially non-political, the emphasis being on provision of unbiased advice. Looking at the general economic climate and outlook, he spoke of a âbumpy rideâ ahead, especially for emerging economies: with recovery still slow after the 2009 financial crisis, caution prevails and there is little investment.