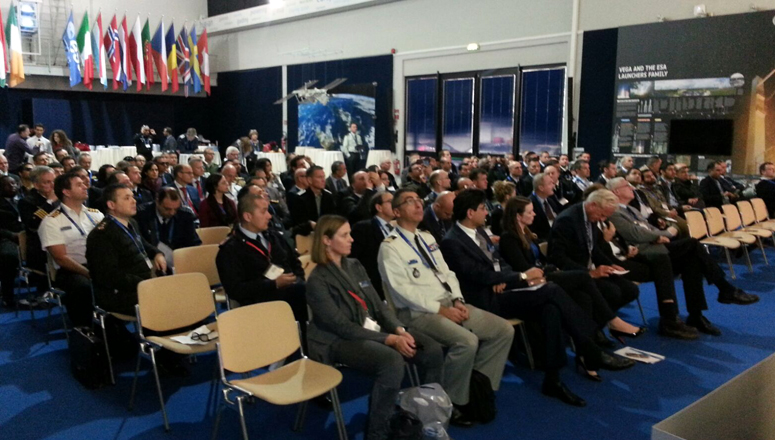 ESRIN, known as the European Space Agency (ESA) Centre for Earth Observation, is one of the five ESA specialized centres in Europe. It was established in 1966, began acquiring data from environmental satellites in the 1970s and, since 2004, has been the headquarters for ESA's Earth Observation activities. In cooperation with other space agencies, it also manages the acquisition, distribution and exploitation of data from non-ESA satellites. The worldâs largest database of environmental data for both Europe and Africa is managed from ESRIN. Earth observation data has grown in importance as more and more international and national agencies recognize its many uses. Satellites for Earth observation keep a constant watch over the Earth and the data they provide helps to safeguard the world in which we live.

The delegationâs first address was delivered by Dr Josef Aschbacher, Head of the Programme Planning Coordination Service, Directorate of Earth Observation Programmes, who gave a general overview on the âCopernicus Programmeâ.

Course Members afterwards enjoyed a quality panel discussion and question and answer session, covering the full range of topics discussed throughout the presentations.