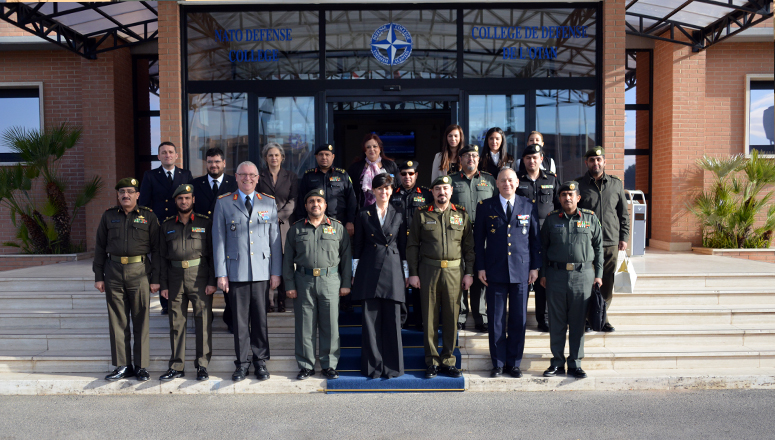 Upon arrival the group was greeted by NDC Dean Dr Daria Daniels Skodnik (SVN C), together with the Head of the NDC Academic Operations Division, MGen Pascal Valentin (FRA F), and the Head of the Academic Planning and Policy Division, BGen Heinz Josef Feldmann (DEU A). All three then spent time in conversation with MGen Bin Abdulkhaliq Al Ghamd and BGen Mansur Gharmallah Alzahrani. The delegation was then briefed by MEF Faculty Advisor Dr Andreas Jacobs (DEU C) on the activities of the Middle East Faculty and the College as a whole. This was followed by a tour of the premises.

The aim of the visit was to provide an overview of the NDCâs activities and strengthen ties with Saudi Arabia, which regularly contributes to the Collegeâs outreach efforts by sending military and civilian officials to participate in the NATO Regional Cooperation Course (NRCC), a ten-week course organized twice a year by the Middle East Faculty.