Senior Course 127âs Field Studies continue with a visit to the Gulf states and a short stop in Bahrain, for a first-time visit since this country joined the Istanbul Cooperation Initiative, in 2004. 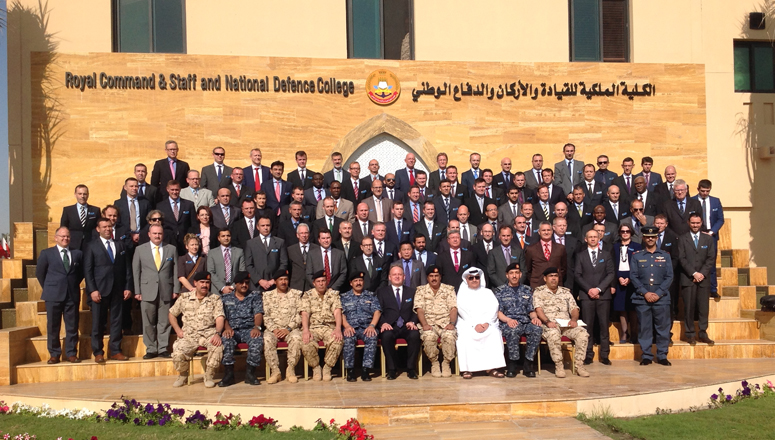 Arriving late on Monday afternoon, Course Membersâ first contact with Bahrain was a visit to the National Museum, followed by a twilight visit to the fort, one of the oldest military fortifications on this small island.

On the following day, the Senior Course visited the Military Museum, where the establishment of the Armed Forces, initiated after the countryâs independence in 1971, was explained by Colonel Ebrahim K. Khamis.

Following this first informative briefing, Curse Members moved to the Bahrain Defence Force HQ for an address by Air Field Marshal Sheikh Khalifa bin Ahmed Al Khalifa, Commander-in-Chief of the Bahrain Defence Force. Air Field Marshal Khalifa explained that Bahrain and the other Gulf Cooperation Council countries were facing the same threats and challenges as NATO, mainly from terrorism and refugee flows, and were looking, therefore, for greater cooperation with NATO and traditional allied nations.

The Senior Course then moved to the Royal Command & Staff and National Defence College for another briefing, on the Bahrain Defence Force.

The afternoon activity was held at the Formula 1 racing circuit, where the local population was gathering to start the National Day celebrations, held on 16 December. By visiting the different stands set up for the occasion, Course Members were able to have a better understanding of the local culture and economy.

Note: Due to technical difficulties this Field Study article has been published late.
The NDC wishes to reiterate its appreciation to the Kingdom of Bahrain for the outstanding support and cooperation received during the visit.