The President of the National Security Bureau of Kuwait visits the NDC.

On 25th February 2016, the NATO Defense College had the honour of welcoming His Excellency Sheikh Thamer Ali Sabah Al-Salem Al-Sabah, President of the National Security Bureau of Kuwait. 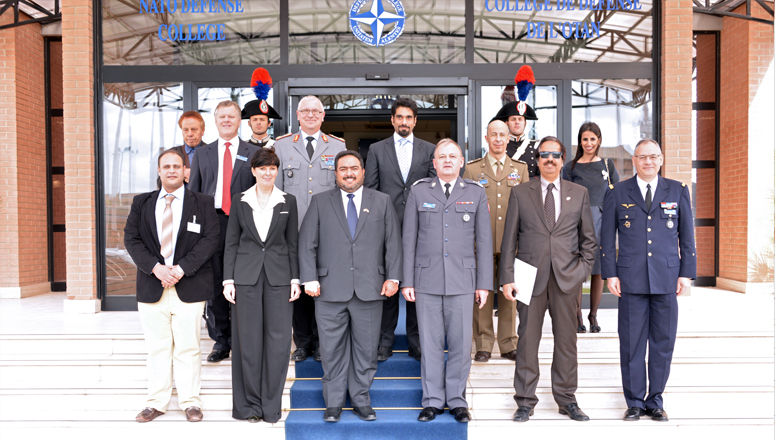 Sheikh Thamer was in Rome attending a conference on the theme of âArab geopolitics in turmoil. Perceptions, unknowns and policiesâ, organized by the NATO Defense College Foundation in cooperation with the Gulf Research Center Foundation, the NATO Science for Peace and Security Programme, the NATO Defense College and the University of Jordan. Before the conference, the Sheikh took the opportunity of meeting the NDC Comandant, MGen Janusz Bojarski (POL F).

Upon arrival, the Sheikh and his delegation were warmly welcomed by the Commandant, the Dean Dr Daniels Skodnik (SVN C) and Col Giuseppe Morabito (ITA A), Head of the NDC Middle East Faculty (MEF).

During his office call with the Commandant, Sheikh Thamer discussed a range of issues concerning the Gulf region and the importance of NATOâs cooperation.

Since the President of the National Security Bureau of Kuwait has already been a guest at the NDC, the visit was an excellent opportunity to further strengthen the close ties between Kuwait and NATO.