SC 128âs European & Mediterranean Dialogue Security Perspectives Field Study began âat homeâ in Rome on Monday 14 March 2016. Field Studies are an essential and integral part of the SC curriculum, their primary goal being to give Course Members a better understanding of the major political and security issues facing key members of the Alliance and selected Partner countries. 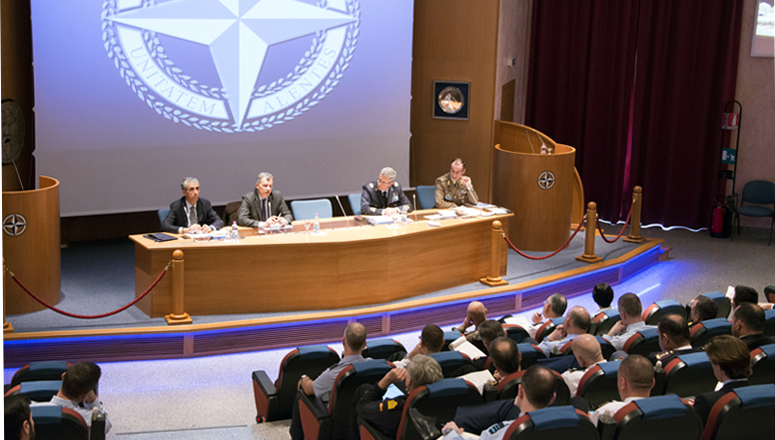 In this context, the NATO Defense College had the privilege to host LtGen Enzo Vecciarelli, Deputy Chief of Defence Staff, along with three authoritative speakers who addressed the Course on Italian foreign, security and defence priorities.

BGen Silvano Frigerio , Deputy Chief of the Plans and Policy Division at the Ministry of Defence, presented the country's defence policy, focusing on Italy's strategic posture in the contemporary global security environment, its role and commitments within NATO and the EU, as well as its armed forces' transformation process. He was followed by Minister Plenipotentiary Gianfranco Incarnato, Deputy Director General for Political Affairs and Security at the Ministry of Foreign Affairs, who gave a comprehensive overview of Italian foreign and security policy, explaining its historical background, as well as current threats and challenges. Finally, Dr Vincenzo Delicato, from the Ministry of Interior, analysed Italy's activities to counter terrorism, organized crime and illegal immigration, within the framework of both bilateral and international police cooperation.

SC 128's âItalian Dayâ was concluded later in the afternoon with a visit to the Quirinale Palace, former seat of popes and kings, which is now the official residence of the President of the Italian Republic.