On 26th April, a delegation from the Turkish Army War College visited the NATO Defense College. The aim of the visit was to provide a general overview of the NDCâs mission and activities. 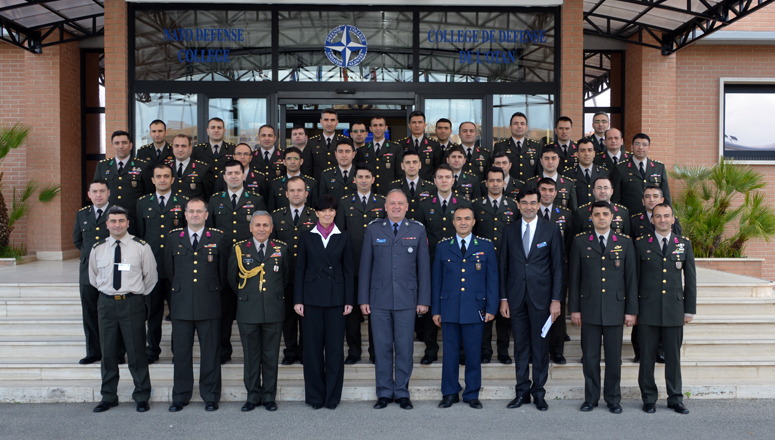 After an informative briefing on the NDCâs structure and activities by Mr Ari, the delegation had the opportunity to attend Senior Course 128âs scheduled lectures of the day: Dr. Thierry Tardy (FRA C) and MGen (ret) Rob Weighill (GBR A) both addressed the topic âNATOâs crisis managementâ.

During the visit, the delegation gained insights into the Collegeâs contribution to strategic-level education and research for NATO and its Partners.