On 16th May 2016, the NATO Defense College (NDC) had the honour to inaugurate the fifth Senior Executive Regional Conference (SERC 5) in Rome. 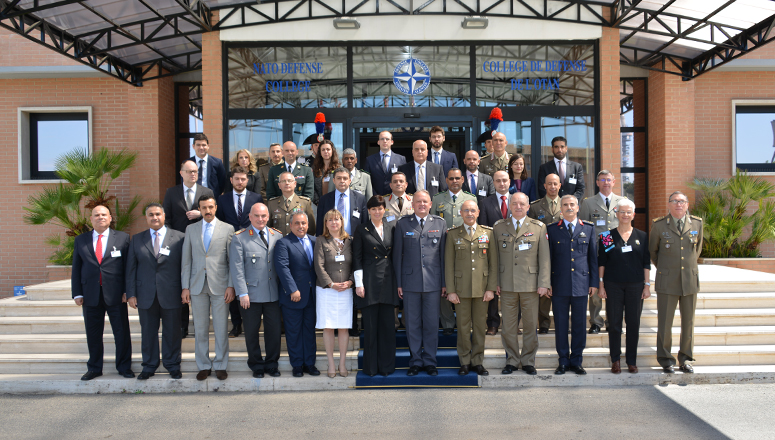 In the morning, the Head of Middle East Faculty Colonel Giuseppe Morabito (ITA A) gave an introduction to the course. The Commandant of the NDC Major General Janusz Bojarski (POL F) offered welcome remarks and, with regard to the importance of NATOâs Mediterranean Dialogue, spoke about how SERC helps ensure that NATO and its partners meet on common ground.

Afterwards, the Chief of the Italian Army General Staff Lieutenant General Danilo Errico (ITA A) delivered the opening lecture, in which he provided an army perspective on current conditions and prospects along NATOâs southern flank. The lecture was followed by a plenary discussion.

In the afternoon lecture, the former Special Presidential Envoy for the Global Coalition to Counter ISIL, General John Allen (USA), spoke about the Syria-Iraq crisis and the fight against extremism. In his speech, he explained the factors that create the setting for radicalization. Mr Emile Hokayem, Senior Fellow for Middle East Security at the International Institute for Strategic Studies, then gave a most valuable update on significant trends in the Middle East.

The aim of this five-day course is to promote mutual understanding on issues related to the Mediterranean and the Gulf, to enhance the understanding of current security challenges to the Alliance and its partners, and to allow participants to familiarize themselves with current and prospective issues facing NATO.