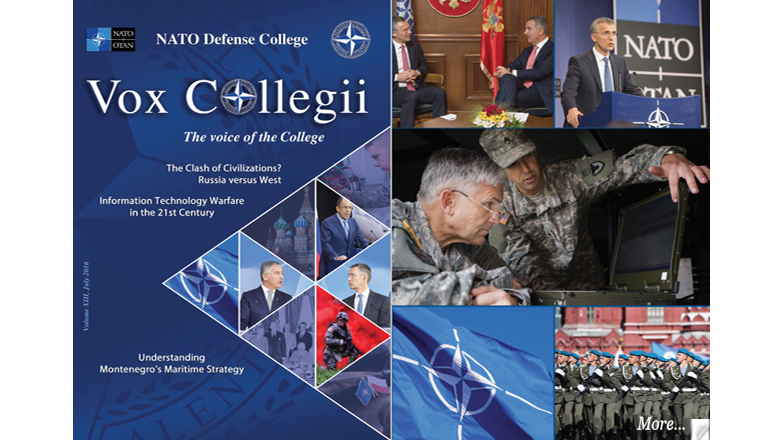 This year marks a significant milestone for the NATO Defense College: 2016 is a year of celebration commemorating the 50th anniversary of the NDCâs relocation to Rome and the 65th since its foundation.

This year will also mark the end of my tenure here at the NDC: being part of this family has not only been an honour but also a real privilege and, and in spite of the many challenges, I will always treasure the time spent and the experience gained at the NATO Defense College. So, in view of my reassignment, this editorial will be my last. After four years at the NDC I can truly say that this has been an âamazing adventureâ which has helped me to grow professionally, thanks also to my team of highly competent colleagues.

The celebrations planned for the anniversary of the College have already begun with the visit of the President of the Republic of Poland Andrzej Duda. The visit, on 17th May, marked the first step towards a series of important events that will take place in October, when the College hosts the NATO Secretary General and other Heads of State. The NDCâs presence in Rome has always been of paramount importance to Italy; as the Allianceâs prime educational institution, the NATO Defense College plays a key role in preparing high-level military officers and civilians to take up future positions of authority to safeguard the freedom and security of member states, and to achieve this the College continuously readjusts its curricula in keeping with current global developments. In spite of the sixty-five years that have passed since November 1951, the NDC continues to innovate and to adjust to the times. This is the reason for which we chose to entitle the anniversary event âListening for the wind of change, preparing the futureâ. The College has always been granted a special responsibility by NATO: it is a faithful interpreter of the Allianceâs resolve, contributing to the cohesion between member states and encouraging dialogue with others.

Moving on to the magazine, the articles in this issue cover a number of interesting topics. One of them deals with relations between Russia and Western countries, exploring major divergences between the Russian political heritage and the prevailing liberal paradigm in the West. According to the article, the only solution to the conflict between Russia and the West is a âfusion of horizonsâ - in other words, cross-cultural dialogue is necessary in order to achieve a successful and peaceful relationship.

Another interesting topic covered in this edition of Vox Collegii is Montenegroâs maritime strategy. After starting accession negotiations in 2010, NATOâs formal invitation to the tiny mountainous state was issued in 2015, while the Accession Protocol for Montenegro was signed by foreign ministers on 19th May this year, thus paving the way towards full membership. As NATO member states are both security consumers and security providers, Montenegro has been requested to define its maritime strategy.

The third article discusses information technology warfare in the 21st century. This article sheds light on the importance of IT for NATO, for the monitoring and gathering of information, enabling the Organization to remain resilient in a continuously changing security landscape.