On 26 September 2016, the NATO Defense College had the pleasure of hosting the inauguration of the sixteenth NATO Regional Cooperation Course (NRCC-16). 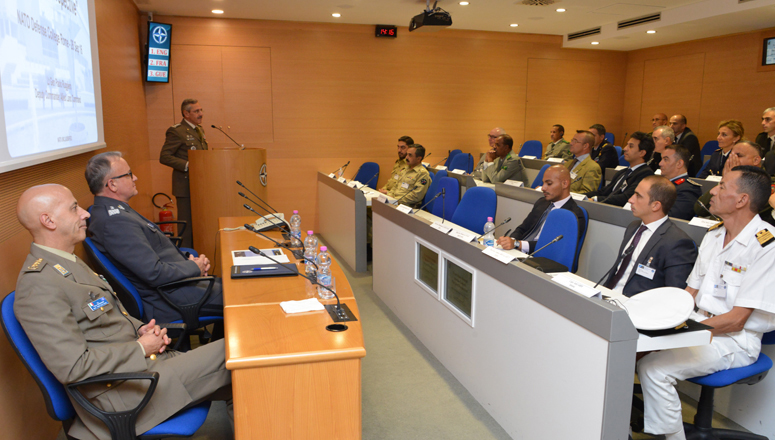 NRCC-16 will run from Monday 26 September to Friday 2 December 2016, bringing together 34 participants from 17 countries.

The NATO Regional Cooperation Course is a ten-week strategic-level course, offered twice each year. The aim of the course is to promote closer cooperation with the Middle East and North Africa, given the global issues that NATO is engaged in. As one of the NDCâs principal educational programmes, the NRCC attracts participants from countries belonging to NATO, the Partnership for Peace (PfP), the Mediterranean Dialogue (MD) and the Istanbul Cooperation Initiative (ICI), as well as Global Partners.

Designed to inform and stimulate participantsâ thinking, the course analyses the geopolitical importance of the Greater Middle East, looks in detail at key political, military, social and economic trends within the region and, if appropriate, enables participants to discuss possible roles for NATO in responding to threats and challenges in the areas concerned.

In the Ismay Auditorium, Course Members were welcomed by NDC Commandant MGen Janusz Bojarski, as well as by the Dean BG (ret.) František Mičánek and by the Director of the Middle East Faculty Col Filippo Bonsignore, together with MEF staff.

The theme of the lecture was âFrom Wales through the Warsaw Summit - The Land Perspectiveâ. Focusing on NATOâs continuous adaptation to a variety of current and emerging security challenges, LtGen Ruggiero explained the steps taken by the Alliance in order to maximize its readiness and relevance. He also discussed LANDCOMâs differing roles in war and peace: in the former case, LANDCOM is responsible for the Allianceâs Land Forces component under the operational direction of Joint Force Command Brunssum or Naples, consistent with the Allianceâs level of ambition in an Article V Collective Defence operation; in peacetime, the emphasis is more on providing assistance to Allied nations and Partners, providing what the speaker referred to as the âconnective tissue within the Land Forces community of the Allianceâ.

The College extends a warm welcome to all NRCC participants and wishes them every success in gaining the most from this unique opportunity to learn, exchange views and build lifelong bonds of friendship.