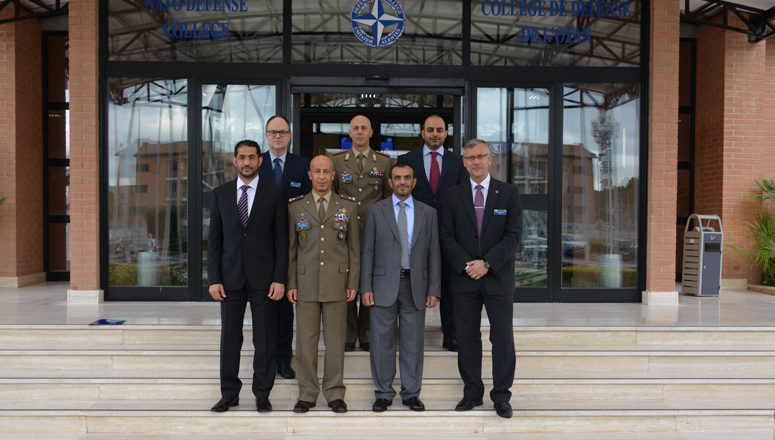 After an office call during which Major General Al Saâadi spent time in discussion with the Dean and institutional gifts were exchanged, the Commandant of the National Defense College of the UAE was briefed by MEF Faculty Advisor Dr Andreas Jacobs (DEU C), who described the main features of the NDCâs mission and courses.

The aim of the visit was to strengthen ties and identify areas of cooperation between NATO and the United Arab Emirates.