Change of Command at the NATO Defense College 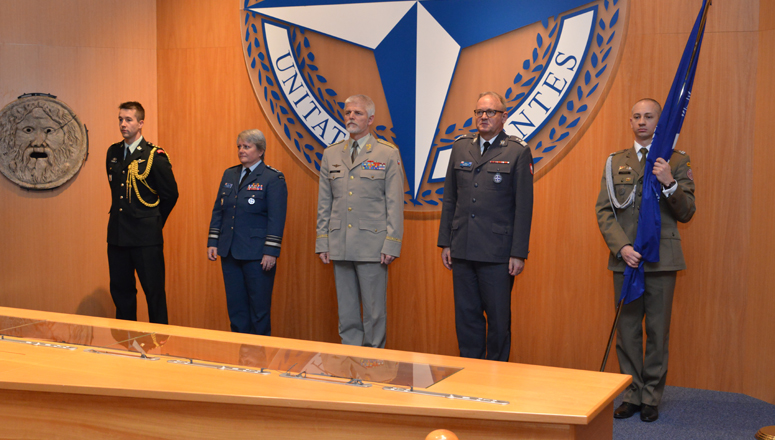 The Chairman of the NATO Military Committee, General Petr Pavel (CZE A), presided over the ceremony.

The College was honoured by the presence of the Ambassadors of Poland and Canada. The Host Nation was represented by the Italian Chief of Defence, General Claudio Graziano, as well as the Chiefs of the different Italian services. As the Canadian Military Representative to NATO, Lieutenant General Marquis Hainse also attended the ceremony.

During his speech, MajGen Bojarski said, âI am very proud I was fortunate enough to be a member of the NDC team and that I had the opportunity to work in such a diverse environment of military and civilian people, experts, scientists, politicians, and diplomats from the various NATO and partner countries.â

General Pavel expressed his gratitude for General Bojarskiâs leadership at the College and contribution to the Alliance. He also wished General Whitecross every success for her new and challenging assignment.

After the symbolic handover of the NDC flag, LtGen Chris Whitecross took the podium for the first time. During her address, she stated that she was both honoured and humbled to accept the new position and the responsibilities it entails, looking forward to working at the College for the next three years, carrying MajGen Bojarskiâs legacy on.