Sten Rynning is Professor of War Studies and Vice Dean for Research at the faculty of business and social sciences, the University of Southern Denmark (SDU). 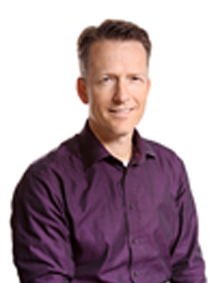 Sten Rynning founded the Center for War Studies at SDU in 2011 and headed it until 2019. His research focuses on NATO and modern war. He has advised the commission of inquiry into the Danish decisions to enter the wars in Kosovo, Afghanistan, and Iraq (2017-2019) and ambassador Peter Taksøe-Jensen’s official review of Danish Foreign Policy (2015-2016), and her served on the official Norwegian Afghanistan Commission (2015-2016). He is the former president of the Nordic International Studies Association (2011-2015) and currently serves on several boards of academic institutions and journals. He was a visiting fellow at NATO’s Defense College (NDC), Rome, spring 2012. He regularly lectures at the NDC Senior Course and on occasion the NDC Generals, Flag Officers and Ambassadors course, just as he has contributed to NDC research activities. In the spring of 2017, he was a scholar in residence at American University’s School of International Service, Washington, D.C.

Sten Rynning is the author of numerous books and articles, including NATO in Afghanistan: The Liberal Disconnect (Stanford University Press 2012) and ”The divide: France, Germany and political NATO” , International Affairs (issue 93/2, 2017, pp. 267-289). He co-edited with John Deni a special issue on NATO at 70 in the Journal of Transatlantic Studies, published in April 2019 on the occasion of the Alliance’s anniversary.