This website uses cookies to ensure we can provide you with the best browsing experience.
x
NDC - Organization NDC Web site - Organization Former Partners Across the Globe Research Fellow 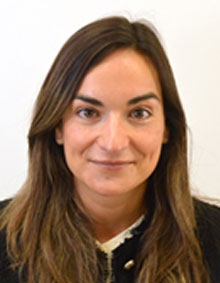 Dr Gorana GrgiÄ joined the NDC as the 2021 Partners Across the Globe Research Fellow. She is a jointly appointed Lecturer at the Department of Government and International Relations and the United States Studies Centre at the University of Sydney. She is also an Adjunct Lecturer at the Faculty of Arts, Business, Law and Education at the University of Western Australia. Gorana was a Visiting Scholar at the Harvard Center for European Studies in 2018-2019.

Goranaâs research interests include US politics and foreign policy, transatlantic relations, conflict resolution and democratisation. She is the author of a monograph âEthnic Conflict in Asymmetric Federationsâ (Routledge 2017) and her articles have been published in premier academic journals such as World Politics, Geopolitics, International Negotiation and others.

Gorana strongly believes in translating scholarly work in order to help improve public debate and decision making in all aspects of domestic politics and international affairs. She has consulted government and corporate entities in Australia, United States and Europe. She has been a regular political analyst for the ABC News Australia and has had work published in a number of leading Australian and international media outlets and policy institutes. Prior to her academic career, Gorana worked for United Nations Development Programme in Croatia and Special Broadcasting Service in Australia.

During her time at the NDC, Gorana worked on a project that interrogates the role of global partnerships under the NATO 2030 vision to make the alliance more political and global.